May 24 Posted by Sally Palmer in Spotlights

Dr. Nancy Rabalais is the Executive Director and Professor at Louisiana Universities Marine Consortium as well as one of UTMSI’s most distinguished alumni. She received the MacArthur “genius” Fellow award in 2012. Since her graduation from UTMSI in 1983, Nancy has spent the past three decades deepening our understanding of the Northern Gulf of Mexico and the influence of the Mississippi River basin, the largest watershed in Northern America. We were able to catch up with Dr. Rabalais during a meeting hosted at UTMSI for the Southern Association of Marine Laboratories. 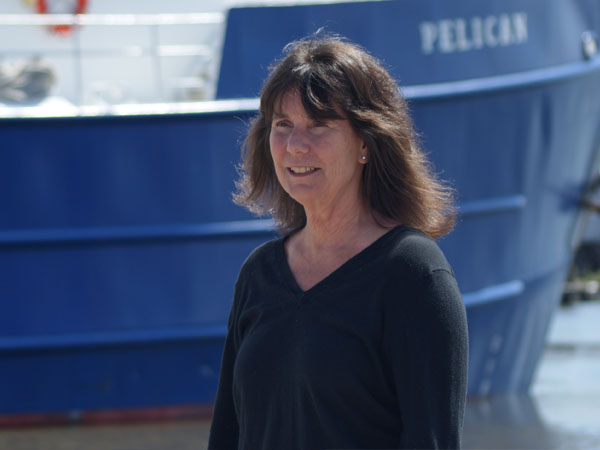 Nancy Rabalais is currently the Executive Director and Professor at Louisiana Universities Marine Consortium and she got a real taste for science in Texas by “chasing fiddler crabs during long hot and humid days” and used what she learned in Texas as a stepping stone to become one of the most renowned experts of the Gulf of Mexico ecosystem. Courtesy Photo.Nancy came to UTMSI in 1976 and worked as a research associate for three years before beginning her Ph.D. What was UTMSI like when you were a student?
Oh gosh; it was a fun place to work. As a student you weren’t segregated from the rest of the staff. There was a great social atmosphere and everyone seemed get along; we all did fun things together. When I became graduate student, I was given title of social chair (she says with a smile). We did a lot of fun things, like bike trips at the Aransas National Wildlife Refuge and our house hosted a lot of parties. I drove down to see it this morning before coming in and it looked vastly different with oleanders larger than I’ve ever seen. It was nice to be in a community with such a sense of place. The UT research vessel Longhorn Captain, Don Gibson, lived across the street and one of the island’s oldest families the Farley’s were next door. My ex-husband and I helped create a founding family tree-like exhibit for the Civic Center, commissioned by the new Port Aransas library, complete with photos of all the old Port Aransas families. We put a lot of work into and it was a lot of fun. Although, some people didn’t want to talk to us or want their lineage known; but that’s just Port Aransas. We did so many fun things. We went scuba diving, spear fishing, set crab traps, and went floundering. It was a nice place to be in the environment.

Can you share a fond memory of your time here or a fun sampling experience?
I studied the ecology of an endemic western Gulf of Mexico fiddler crabs and went as far south as Kingsville to collect animals for experimentation. It was long, lengthy hours during hot humid days. Most of the fond memories are adventures that we did on our own. I remember one time we took a dive trip to the liberty ships. There was a pod of dolphins that came right up to the down line. They were chirping and swimming around so close you could almost reach out to touch them. We would go four-wheel driving down Padre Island doing the sort of thing Tony Amos does now; we used to do that all the time. I was also active in environmental movements. When the deep water port initiative came to the area, I spoke at the US Army Corps of Engineers hearing for the opposition. Eventually there was a deep water port, but we made it not happen the first go around. I also wrote for a newspaper in town, Island News, which isn’t in circulation anymore. I remember when then Director Dr. Pat Parker told me I should write for the paper, because if he did he would get fired. He thought someone should do it and since I was a graduate student they couldn’t fire me.

How did your time and research here shape you are as a scientist?
I’ve always said that chasing fiddler crabs in South Texas didn’t prepare me to talk at congressional hearings. Talking to the public hasn’t always been easy for me; it was frightening in fact. My work talking to the general public started at Padre Island National Seashore when I led nature tours and talks. (Nancy worked at the Seashore after her attaining her master degree and before coming to UTMSI). In Port Aransas, my work with writing for the newspaper and being involved in environmental movements helped prepare me for public speaking. I also think that my work on fiddler crabs helped me see the big picture. Not only was I understanding their physiology, but their morphology, reproduction, habitats, and their entire environment. I think understanding the fiddler crabs’ ecosystem as a whole helped me develop a technique to understand larger systems, like the Gulf of Mexico. 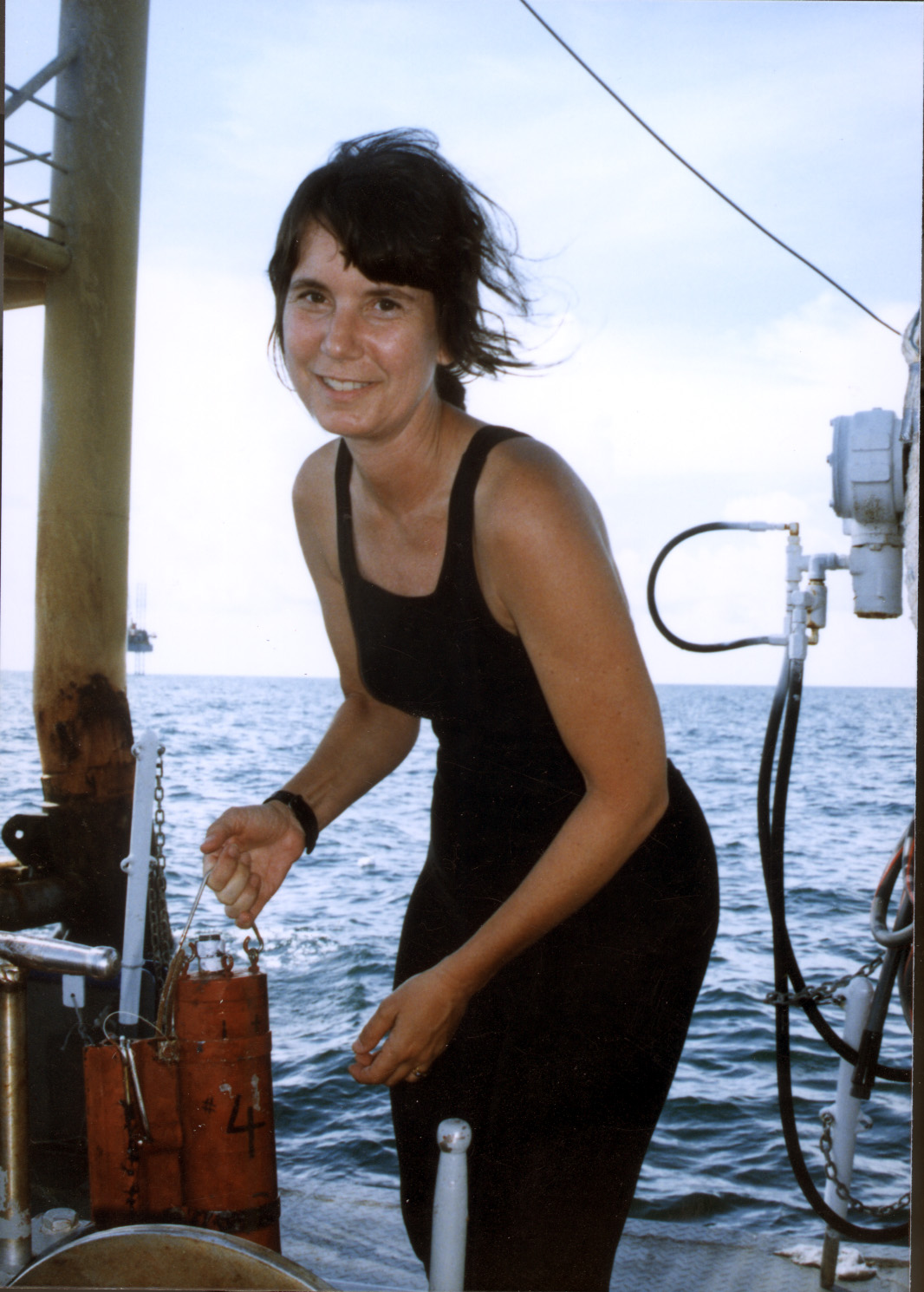 Nancy Rabalais received her Ph.D. from UTMSI in 1983 under advisor Dr. James Cameron. After receiving her Ph.D., she went on to study the hypoxic region in the Gulf of Mexico. Photo is of Dr. Rabalais deploying oxygen meters circa 1990s. Courtesy Photo.While in Texas you worked on fiddler crabs, but afterwards you began your career studying the Gulf of Mexico’s hypoxic region and the Deepwater Horizon oil spill. What do you think has been your greatest contribution(s) to science?
I think my most important contribution was using the science to impact and affect legislation. I think one of the most import things that a scientist can do, if they are capable, is to translate their research to the public. I’ve had great success in working with the public and helping enact legislation. In the beginning of my career I worked on oil and gas impacts, and part of my research was used to change the oil and gas discharge regulations of the Environmental Protection Agency. I also think that the work I’ve done on hypoxia has made a significant impact. I testified to congress about the hypoxia region in the Northern Gulf of Mexico, which led to development of new federal legislation, the Harmful Algal Bloom and Hypoxia Research and Control Act.

What scientific question most interests you now?
How the Mississippi River and its discharge affects the ecology of the northern Gulf of Mexico. It’s not just the low oxygen levels that are important, but also harmful algal blooms and ocean acidification. In fact, I just received a National Science Foundation award to look at ocean acidification in the Gulf of Mexico.

Do you have any advice for graduate students and junior faculty?
Be professional, work very hard and follow several lines of investigation because they won’t all pan out. And always be persistent.