Around campus with Jace Tunnell

Undergraduate students  Cypress Hansen, Eduardo Perez Vega, and Tricia Light sat down and talked to Jace Tunnell about being the Director of the Mission-Aransas National Estuarine Research Reserve. 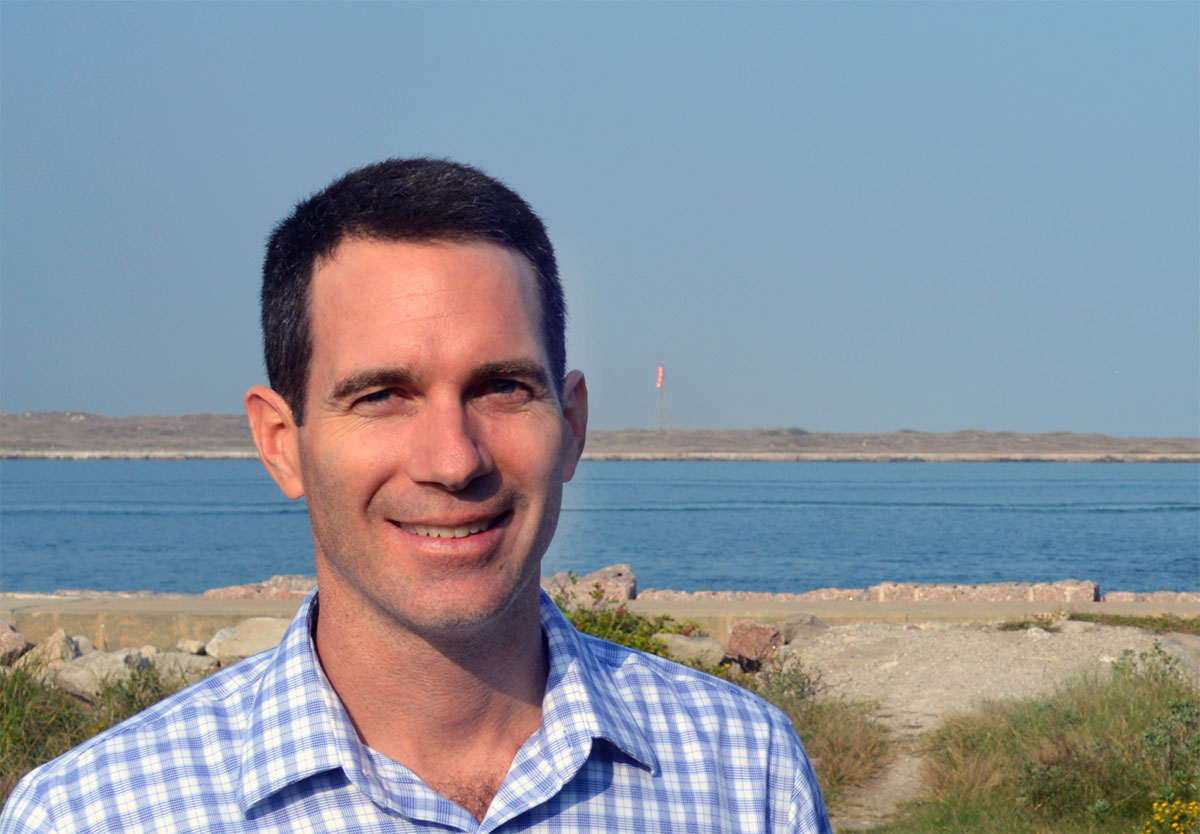 Jace Tunnell, director of the Mission-Aransas National Estuarine Research Reserve (Reserve), gave the July 16 UTMSI Departmental Seminar on “How to create an impactful 2 minute video of your research project”. In his presentation he gave tips on recording footage in the field, walked the audience through the movie editing process, and shared a few of the recent marine science videos he has made. Some of his top suggestions included getting the best quality visual and audio recordings possible, creating the final product out of many short clips, and using social media and other internet resources to allow the completed video to reach as many people as possible. Jace also advised that all videos be tailored to their audience and always include an appropriate amount of scientific language and background information. He believes that anyone can make research videos on their own, especially since the videos can take under an hour to edit and can be filmed using just an iPhone or a GoPro camera.

Jace has a bachelor’s degree in vertebrate biology and a master’s degree in marine biology from Texas A&M University – Corpus Christi. Jace began his current job as the director of the Reserve in December 2014 and previously worked with the Coastal Bend Bays & Estuaries Program and the South Florida Water Management District. We recently spoke to him about his past experiences in marine science and conservation and his goals for the future.

Jace cites his scientific knowledge as a result of his schooling, but his various jobs have given him his organization, management, and people skills. “When I came out into the real world,” he said, “I realized there was so much more to a job than just science!” He has worked with various stakeholders for the betterment of our natural environment such as investors, community members, government agencies, and businesses– Jace’s professional experience is a true testament to the interdisciplinary nature of the scientific community.

One of the main goals of the Reserve is to include all parties involved in the fragile environment around the Copano and Aransas Bay System . They conduct applied research, provide educational programs for youth and adults, hold training programs for county and city leaders, and they have a stewardship program to allow those who are interested to work and motivate their communities about respecting the environment.

His biggest career goals right now include getting the word out about the successes of the Reserve with networking, social media, and getting more funding to support new research and education and outreach programs. Another goal is using the expertise of the Reserve staff to continue to help the community and local government plan for and respond to environmentally relevant issues such as sea level rise and water quality concerns.

Jace favors his ability to welcome opportunities outside of his comfort zone. He feels it has affected his career positively, and recommends it to anyone who is on the fence about “saying yes.”

What important decisions did you make during your career to achieve being the director of Reserve?

“I achieved the goal of being director of the Reserve by getting out of my comfort zone and taking opportunities with different agencies, like the job in Florida. When I came back to Texas in 2006, there were some opportunities to get involved in some committees, such as looking at freshwater inflows. I could easily have said that I do not have time so I cannot do that, but I got in. These committees were time consuming and dealt with the controversial issue of freshwater inflows and developing science that decision makers are using to make laws about how much water flows into the estuaries. I considered working on that committee over the years to be an opportunity and a turning point in my career.”

Why did you decide to get your masters in Marine Biology?

“I did vertebrate biology for my bachelor’s degree and it was fun, but it was mostly learning about terrestrial animals and processes. I grew up surfing, fishing, snorkeling, and diving when I was young, so I knew I wanted to do something in the marine field. I originally thought I was going to do field work, so that is why I got a masters doing a thesis because I wanted to conduct research. When I moved to Florida, I got a project management job and I figured out that I really enjoyed organizing and planning restoration projects. At the time, project management seemed to be a complicated job that most biologists would not like since it involved very little field work, but I loved it! One class I wish I would have taken in school was a business class since as a project manager I was having to manage million dollar budgets, but I learned money management along the way with the “real world” experience.”

We asked Jace if there was anything he would tell students just starting out in the marine science field to prepare them for their career, he said, “take opportunities, say “yes” more, meet as many people as possible, and share your enthusiasm for science with others.”

This is a production of the Research Experience for Undergraduate program.

You can check out more of the REU blogs at: http://reu.utmsi.utexas.edu/category/student-projects/