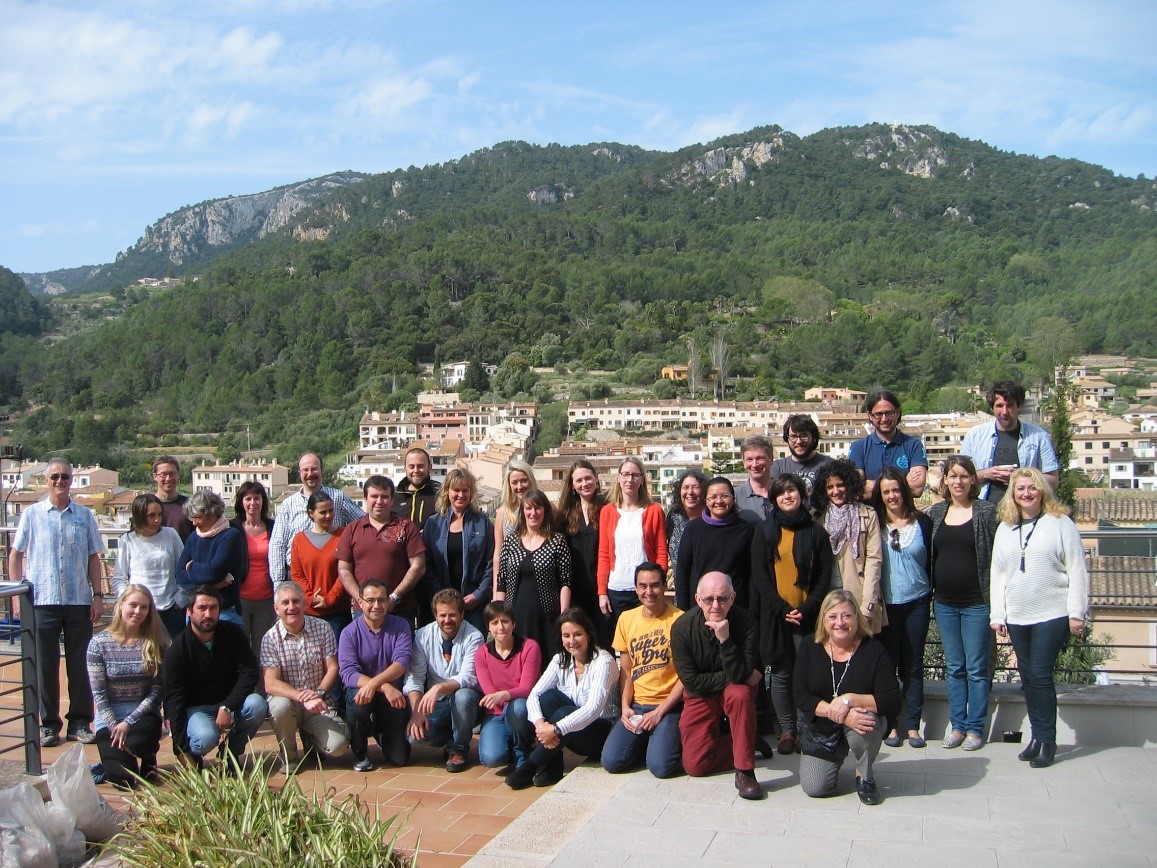 Thirty-six participants from fifteen different countries attended the second workshop on Growth-increment Chronologies in Marine Fish: climate-ecosystem interactions in the North Atlantic. The meeting was held this past April at the Mediterranean Institute for Advanced Studies headquarters in Esporles on the Island of Mallorca, Spain. Photo credit: Bryan Black.Over the past several decades, millions of fish ear bones (called otoliths), clam shells, and fish scales –all collected to determine the ages of fish and shellfish - have been archived in government and academic labs across Europe and North America. Biologists and marine scientists from around the world recently met in Mallorca, Spain to learn techniques developed by tree-ring scientists to extract additional information from these calcified structures. In so doing, they were able to generate growth chronologies that span multiple decades and can be used to better understand how climate variables, such as temperature, currents, or winds, affect biological processes in the world’s oceans. And in some cases, samples have been collected since the early 1900s, and the growth patterns from these samples can be stitched together to produce a continuous history of fish growth over the past 100 years. This is the second workshop of its kind and was led by Dr. Bryan Black (University of Texas Marine Science Institute, Port Aransas Texas) and Christoph Stransky (Thunen Institute, Germany).

The overall goal of the workshop was to increase the use of these techniques and develop networks of growth chronologies to help scientists better understand how the oceans function and how the animals within in it respond to changes in climate and fishing pressure.

This project was funded by International Council for the Exploration of the Sea.