Jul 15 Posted by Sally Palmer in Spotlights
Scientists find evidence that fish may be able to adapt to climate change and specifically, ocean acidification. Increasing levels of carbon dioxide in the atmosphere raise the CO2 levels of the oceans, making them more acidic. Research has already determined that ocean acidification can impact many animals, especially those that require lots of calcium carbonate, like corals and clams. Scientists have just discovered that ocean acidification is also affecting fish by changing the chemical composition of their bodies. 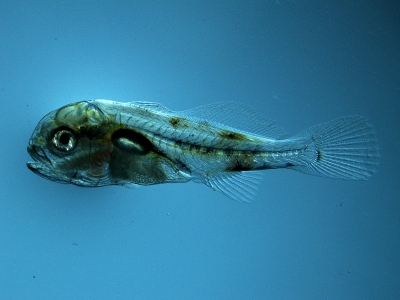 The scientists, including Dr. Lee Fuiman at The University of Texas Marine Science Institute, grew red drum (Sciaenops ocellatus) in sea water at present day CO2 levels and under elevated CO2 levels predicted for the future. They discovered that fish grown under the higher CO2 levels had significantly higher levels and different proportions of fatty acids in their body. Fatty acids are major sources of energy and are essential for normal development and function in many animals including both fish and humans.

The discovery that fish exposed to more acidic ocean conditions contain higher amounts of fatty acids indicates a major change in their metabolism which may have other important effects on a fish’s health. But there may be some beneficial consequences. Previous studies from Dr. Fuiman’s lab have shown that higher levels of some fatty acids may improve their ability to escape from predators. In addition, since young fish are often eaten by larger fish, the higher levels of fatty acids are passed up the food chain. This discovery expands our understanding of how climate change affects marine organisms and suggests new physiological pathways for these effects.