Ever wonder how seals find breathing holes under a thick blanket of snow and ice? 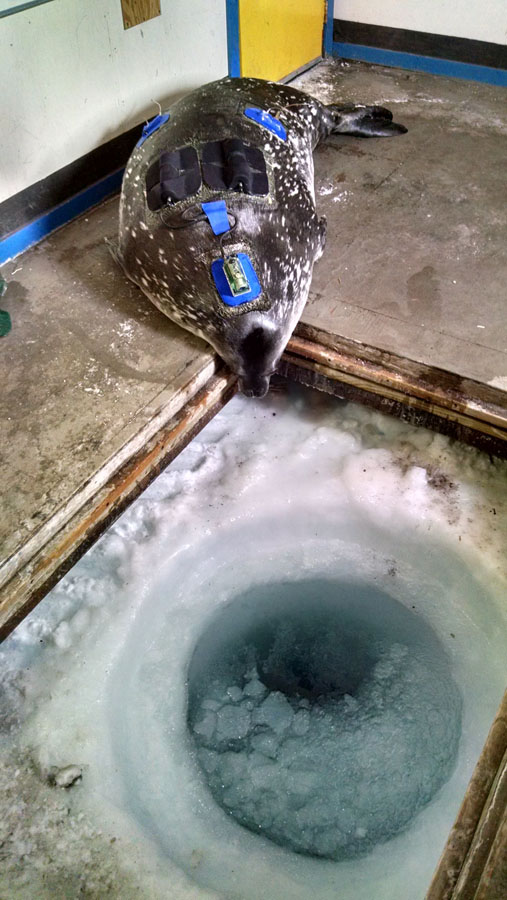 "You want me to do what?" One of the seals with equipment attached about to enter the water inside a hut at one of the camps. Credit: Lee Fuiman.Dr. Lee Fuiman and assistant Erin Frolli and a team of researchers from four universities are currently hunkered down in a hut on a frigid ice plain at the bottom of the world. He and fellow biologists are trying to understand how Weddell seals navigate under Antarctic ice. Weddell seals routinely dive for 20 minutes at a time and travel up to a mile from where they started before returning to their breathing hole in the ice covered waters of Antarctica. The biologists are using state-of-art video cameras and equipment to test their idea that the seals navigate underwater using Earth’s magnetic field, much as homing pigeons do. No marine mammals are known to be able to detect magnetic fields, so their research has the potential for new and important discoveries.

This is Dr. Fuiman’s 9th year of conducting research in Antarctic. He and fellow researchers still have another month before they fly back to the states.

A video story about the project courtesy of the National Science Foundation is available at http://www.livescience.com/49221-researchers-investigate-to-see-if-seals-have-magnetic-gps.html 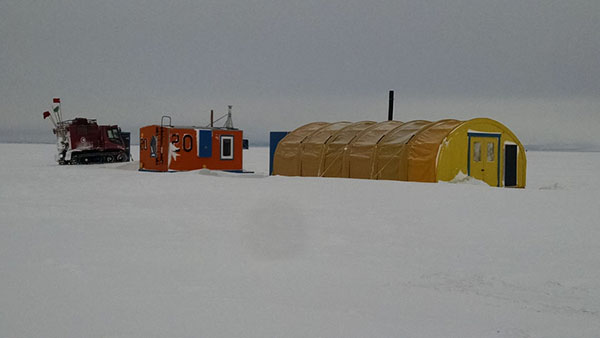 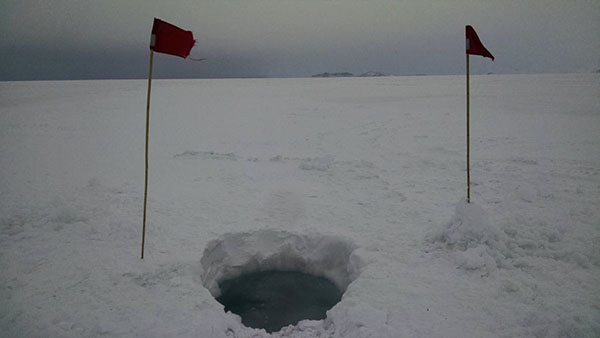 The main building contains a hole in the floor which is over a hole in the ice. That's where the seal breathes during the scientists' work. When they want to move the seal to another location, they open an escape hole (shown here) and wait for the seal to haul out onto the ice. Credit: Lee Fuiman. 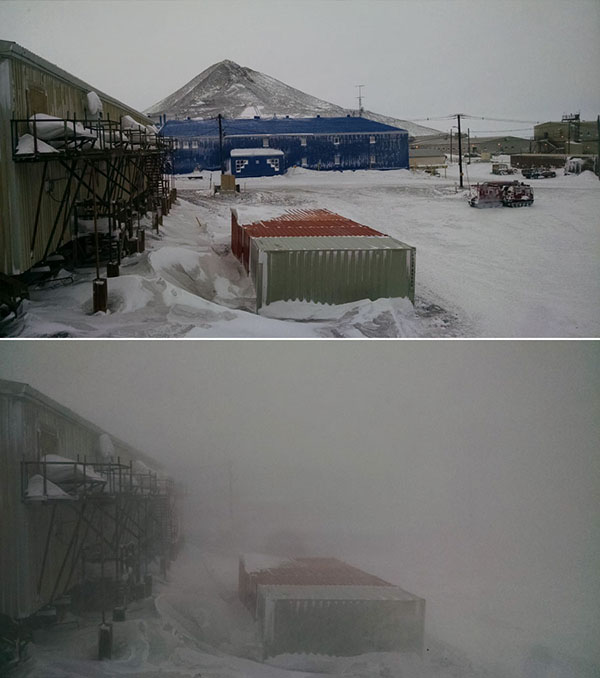 This season, the weather conditions have been generally poor. Here is the view from their housing at McMurdo Station at two different times. Credit: Lee Fuiman.