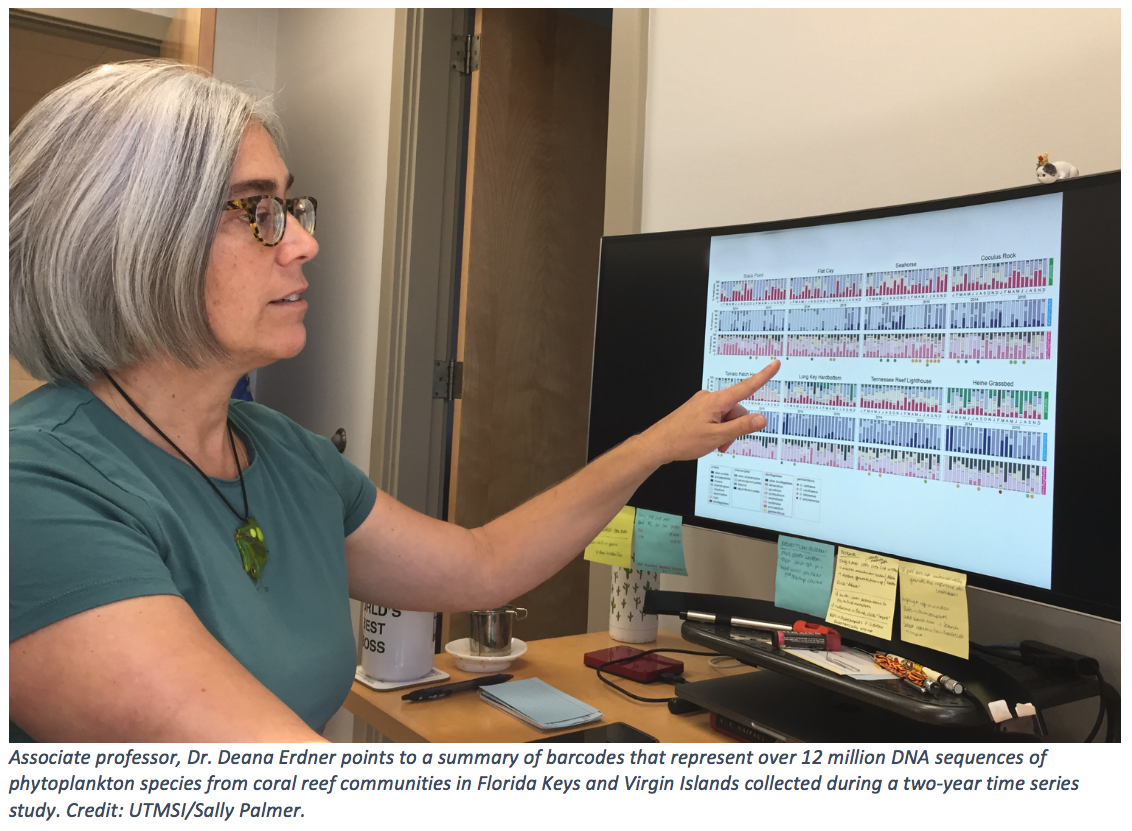 Peering into an image of lots of brightly colored lines that look like a barcode, Dr. Deana Erdner, an associate professor the University of Texas Marine Science Institute, is on the hunt. She’s stalking dinoflagellates of the genus Gambierdiscus, to see which ones carry toxins that can cause ciguatera fish poisoning. Ciguatera fish poisoning most commonly occurs in warm waters of the Pacific Ocean, Indian Ocean and the Caribbean Sea. While cases reported in the United States are relatively rare, it is the most frequently reported seafood-toxin illness in the world. The CDC estimates that as many as 50,000 cases of ciguatera poisoning are reported annually worldwide, but even the CDC cites that the number of cases reported are a significant underestimate.

The scale and magnitude of the fish poisoning is why the National Science Foundation and National Institute for Environmental Health and Safety funded a new research center called the Greater Caribbean Center for Ciguatera Research (GCCCR). One of the investigators in the consortium is Dr. Deana Erdner, with expertise in phytoplankton and well-equipped to answer some of the questions surrounding ciguatera fish poisoning. The ciguatera toxin comes from inside a tiny single-celled dinoflagellate called Gambierdiscus, which grows on and around coral reefs. These small dinoflagellates are eaten by small fish, then small fish are eaten by bigger fish and the process continues up the food chain until the contaminated fish lands on an unsuspecting diners’ dinner plate.

“Ciguatera poisoning has some very unique aspects,” says Erdner. “People who are poisoned, aside from the terrible initial symptoms, can sometimes experience recrudescence, meaning that after the person appears well - an unrelated action, such as eating a particular food, will cause the person to experience some of the symptoms over again.” It can also reverse your senses of what is hot and cold – your skin may in fact feel like it’s burning when taking a cold shower. Another challenge about the ciguatera toxin, is that there are lots of different Gambierdiscus species and we are still learning which ones are causing the fish poisoning. It’s Erdner’s job to figure out if the problem stems from lots of different species that are mildly toxic or if it’s the result of a few super toxic species. Finding the answer to this question isn’t as easy because they all look the same under microscopes. “We use DNA collected from reef areas to see what species are there, and how many of each.” Says Erdner. When you combine this with information on the toxin level in each species, you can begin to answer the question of whether it’s a few ‘bad actors’ or if it’s the combined power and bioaccumulation of many species.

Erdner and her colleagues’ findings have particular importance to the Gulf of Mexico. “The Gulf of Mexico is a great big question mark in terms of ciguatera risk,” says Erdner. While the Florida coast is considered to be endemic for ciguatera, the northern Gulf of Mexico has been considered not warm enough for Gambierdiscus to survive and grow there. However, the Flower Garden Banks National Marine Sanctuary has been under a Food and Drug Administration advisory for ciguatera fish poisoning since 2008. Erdner’s lab has also isolated hundreds of strains of Gambierdiscus in the lab so she and her colleagues can study their DNA, their toxins, and how they respond to changes in the environment, especially water temperature. All of this information will be used to develop computer models that will help predict the Gulf of Mexico’s risk for ciguatera fish poisoning as sea temperatures are expected to continue increasing in the Gulf. Erdner’s work and that of her colleagues will help shed light on the identification of the toxins, the conditions that allow them to thrive, and how the toxins affect humans. Their results will be critical to the development of monitoring approaches for public health protection. 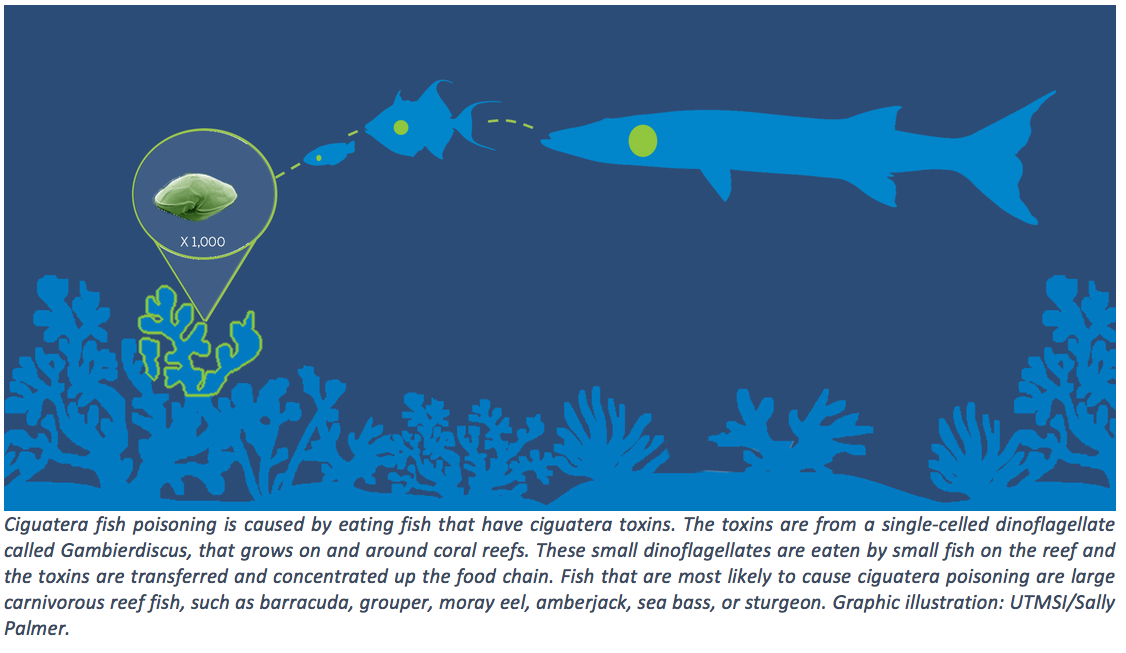