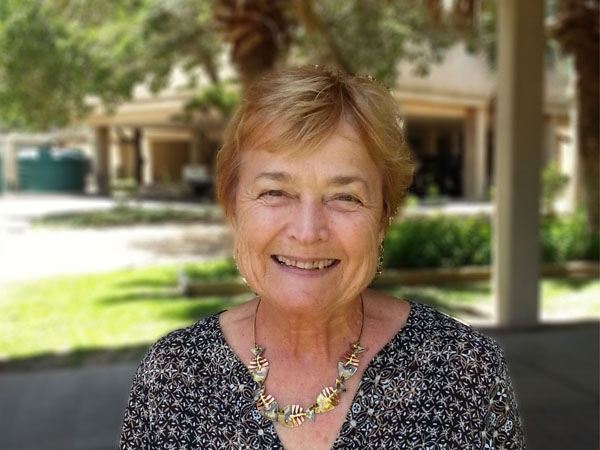 Professor Emeritus, Dr. Joan Holt, will be honored with the lifetime achievement award at the 36th annual Y Women In Career Awards on Thursday, March 3, 2016. The ceremony will celebrate Dr. Holt and six other women who serve their community through their careers. The ceremony is open to the public with registration and will be held at the YWCA, which is located on 4601 Corona Drive, Corpus Christi, TX 78411.

Dr. Joan Holt was selected to receive the lifetime achievement award because she is a pioneer in marine science and specifically, mariculture. She is known throughout the world and entered the field of marine science at a time when there were few women. Dr. Holt is best known in the public eye by fishermen conservation groups for her work on larval fish rearing and nutrition. She and Dr. Connie Arnold’s were first to spawn and rear red drum in captivity. Their work led to all the red drum restocking effort by the Texas Parks and Wildlife Department. Dr. Holt and her scientific team were the first to naturally spawn cobia, or ling as it is more commonly known, a very important food fish for emerging nations and mariculture. During her tenure at The University of Texas Marine Science Institute, Dr. Holt served as the Associate Director of the Fisheries and Mariculture Laboratory. It was also during her Directorship that the Coastal Conservation Association donated funds to build the CCA Texas Laboratory for Marine Larviculture, the only one of its kind in the state. Saltwater Fisheries Enhancement Association funded a greenhouse for her cobia and flounder work. She is the author of one book and 16 book chapters and nearly 100 published papers. Joan graduated five Ph.D. and ten Masters students’, supervised 7 postdoctoral fellows and mentored countless other students as the Graduate Student Advisor. Her students came from around the globe to study with her because of her much-admired reputation. To quote one of her past students, Robin Brinkmeyer, Ph.D., “We’re lucky that today, because of people like Joan, women are given equal consideration in science.”

Her academic career speaks for itself, but her contribution to community and society go well beyond academic accolades. She and her husband Scott have lived in Port Aransas for over thirty-five years and throughout those years she has played important roles in the betterment of our community. Although she has been a very busy scientist, she has always found the time to give back to Port A. Dr. Holt has been a volunteer at the weigh station for DeepSea Roundup fishing tournament for more than thirty years, often taking her vacation time to be available for this event and willing to do so because it is such an important part of the community and Port Aransas history. Dr. Holt’s second passion to science is birding and she is well established as an expert in that field. She works closely with the Chamber of Commerce and Tourist Bureau Sponsorship in the Texas Parks & Wildlife Department’s “Great Texas Birding Event”. Dr. Holt has sponsored, trained and birded with youth groups in this event for years. The young people from our schools have become accomplished birders thanks to Joan’s instruction and commitment. She is also instrumental in organizing the Whooping Crane Festival, in February of each year, which is widely recognized by birders from across the nation as an outstanding event. Dr. Holt is never too busy when asked to be guest speaker and pass on her scientific knowledge or love of birds. Dr. Holt also serves on the Nueces County Water Control and Improvement District #4 Board of Directors, an elected position she has held for many years.

Throughout her research career and community involvement, Dr. Joan Holt has been a model for the empowerment of women. The Y Women In Career Awards will honor Dr. Holt with the lifetime achievement award on Thursday, March 3, 2016. Click here to get your ticket: YWCA Corpus Christi