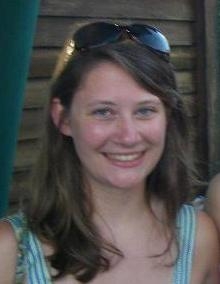 University of Texas Marine Science Institute graduate, Kimberly Bittler, was recently announced as winner of the 2014 Walter B. Jones Memorial Award for Excellence in Coastal and Marine Graduate Study. These national awards, given every two years, recognize graduate students whose academic study promises to contribute materially to the development of new or improved approaches to coastal or ocean management. Kimberly Bittler recently completed her Master’s Degree from the University of Texas, where she studied the importance of freshwater inflow, contributing to the recommendations of the amount required to sustain the vibrant ecosystems, including such important species as blue crabs and the endangered whooping crane. “We are thrilled that Kimberly received this prestigious award. Her work has helped us gain a much better understanding of how blue crabs recruit into our bays, and how salinity and droughts affect blue crab populations,” said Dr. Buskey, her graduate advisor. A portion of Ms. Bittler’s graduate work was recently published in a peer-reviewed journal. Policy-makers at the state of Texas will utilize these new findings in helping to determine the amount of freshwater required to support our bays and estuaries.

Ms. Bittler is currently a Sea Grant Knauss Fellow at the Bureau of Safety and Environmental Enforcement in its Headquarters in Washington D.C. where she acts as a liaison with the Bureau’s research groups in order to promote the Bureau’s role, ensure effective communication with stakeholders, and facilitate policy development. 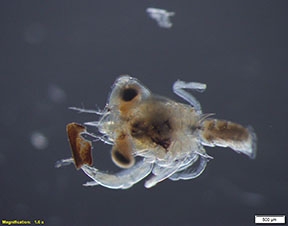 More about the Walter B. Jones Memorial & NOAA Excellence Awards for Coastal and Ocean Resource Management:
The Coastal Zone Management Act (CZMA) of 1972 created a unique and voluntary partnership of federal and state governments to provide a balance between land and water uses and resource conservation along America's 95,000 miles of coastlines, including the Great Lakes. In 1990, as part of the reauthorization of the CZMA, the late Congressman Walter B. Jones provided NOAA with the authority to honor the people and organizations of America for their dedication and outstanding contributions in helping the nation maintain healthy coastal and ocean resources and balance the needs of these resources with human use. At that time, Congressman Jones identified three award categories as particularly important—excellence in local government, excellence in marine and coastal graduate study, and coastal steward of the year. NOAA later added additional categories to recognize the broad spectrum of contributions made by this country's many motivated, caring individuals and organizations.