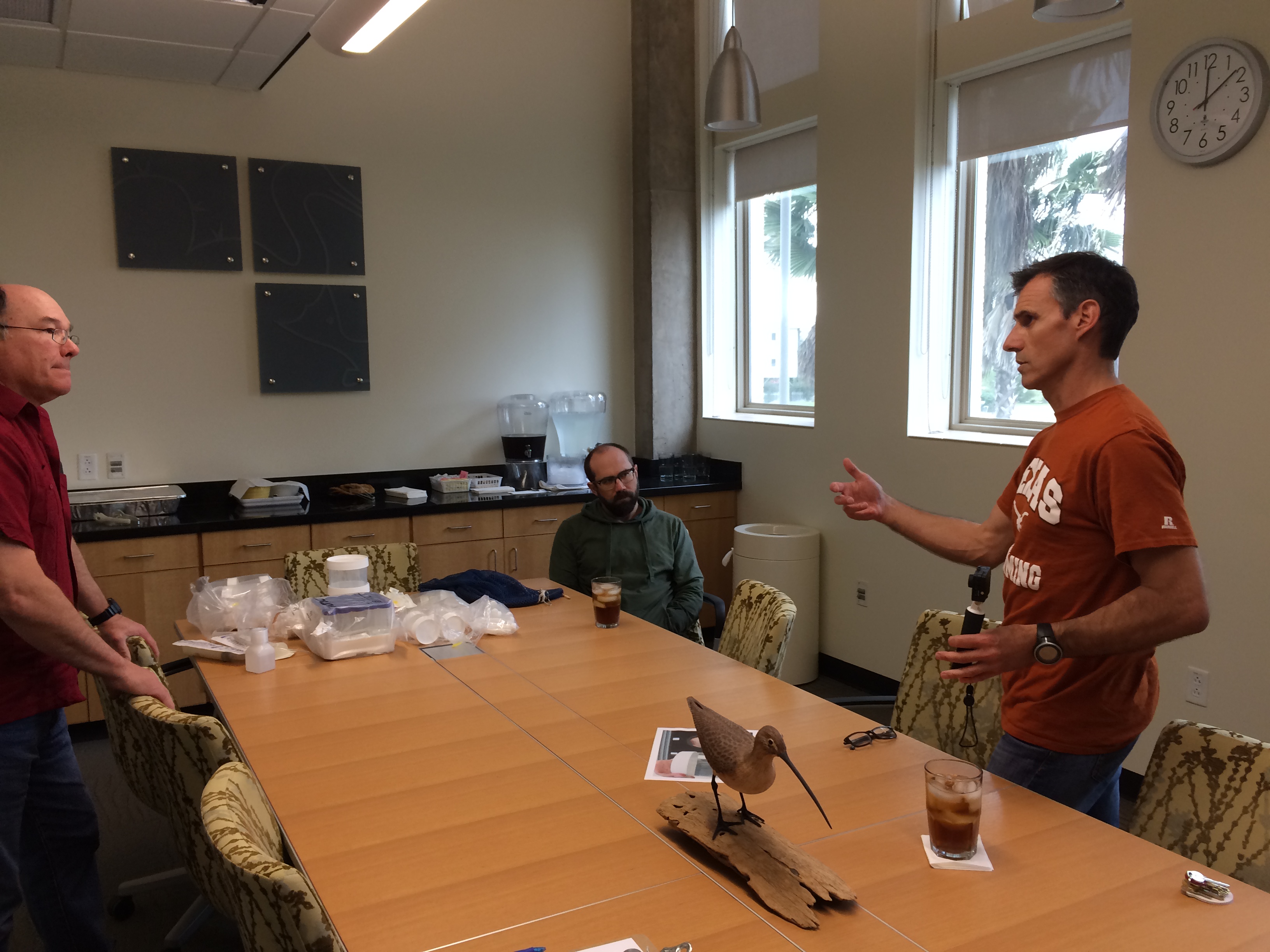 Tracy Villareal, Brett Baker and Ben Lecomte discuss sampling procedures for collecting phytoplankton and microbes during The Longest Swim.Extreme endurance athlete Ben Lecomte teams up with researchers at The University of Texas Marine Science Institute and others to promote ocean sustainability. Lecomte is swimming across the Pacific Ocean, from Tokyo to San Francisco, and collecting samples along the way. This feat, The Longest Swim, is a vehicle to get people’s attention on growing environmental and sustainability issues.

“Never again” Ben Lecomte said after completing the first swim in history across the Atlantic Ocean without a kickboard in 1998. Famous last words, because for the past years Lecomte has been feeling as a fish out of water. He is now ready for his next challenge: to swim across the Pacific Ocean. To complete this 5,500 miles journey, Ben will be swimming 8 hours a day during approximately 6 months. He will be accompanied by 6 crew members and his 83 ft. support sailboat, the “Stella” that will guide him and bring him back every morning at the exact GPS location where he stopped swimming the day before to resume his swim. 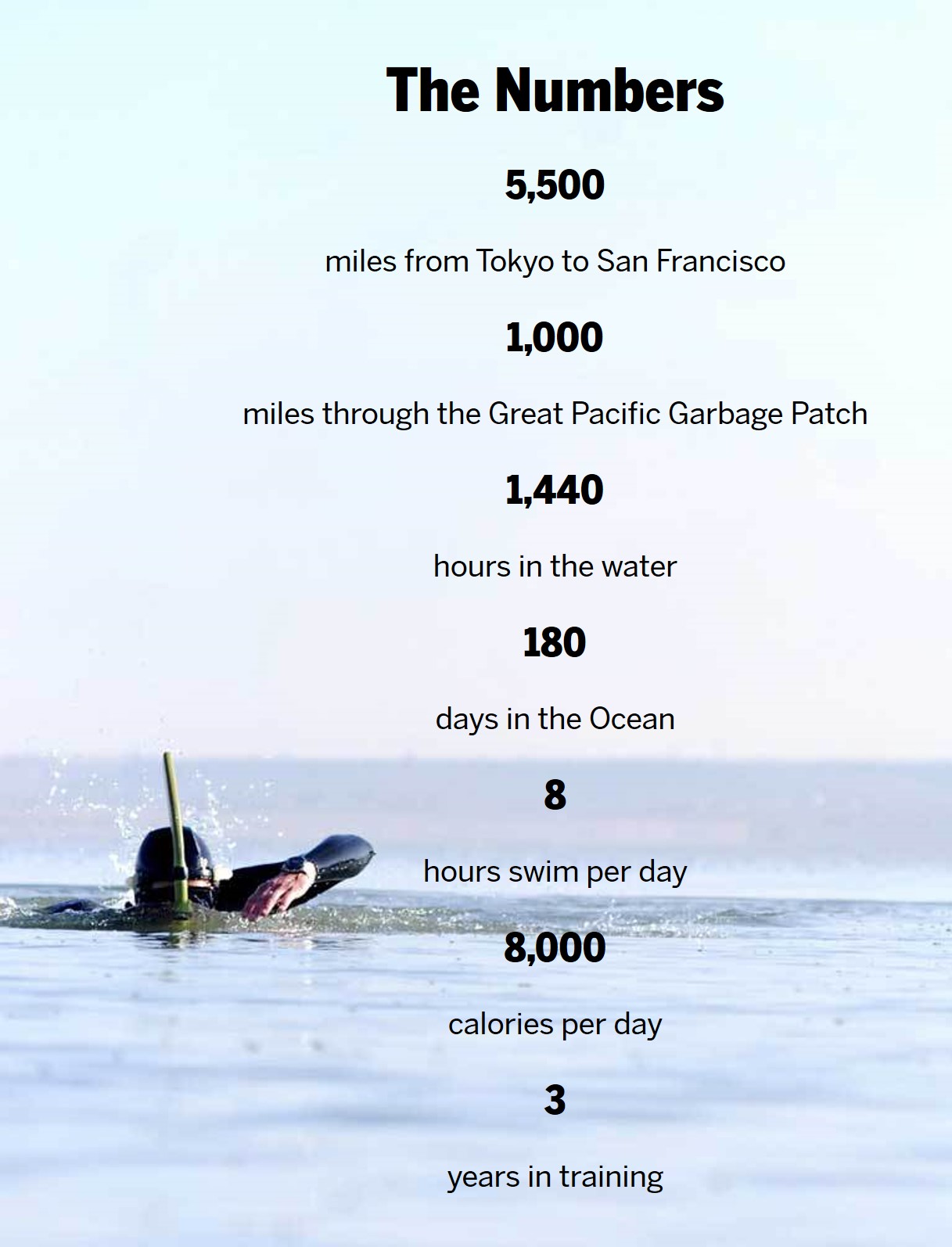 Ben Lecomte and his crew are citizen scientists and will be collecting samples during the entire journey to contribute to oceanic and medical research led by several science partners. They are working with University of Texas Marine Science Institute oceanographer Dr. Tracy Villareal and microbiologist Dr. Brett Baker to collect rhizosolena mats. Rhizosolenia are diatoms (single celled algae) that can clump together to form mats visible to a swimmer.

In the nutrient-poor Pacific Ocean, scientist believe that these mats are a vital mechanism to transport nutrients into the surface waters. Villareal and Baker are interested in the bacteria that lives on them and how common these mats are. The Long Swim will provide a unique survey with very high resolution and in a part of the ocean that has been rarely sampled.

Lecomte and his crew will collect mats periodically so that they can be analyzed for the microbial community (microbes, in this case bacteria) that lives on and in them (they have microbes that live inside them as symbionts). These observations are important since these mats appear to be an important source of nutrients for the surface-most layer of the ocean. Rhizosolenia can change their buoyancy, sinking down to depth to take up nutrients in the dark and then floating back up to the surface to use sunlight in photosynthesis. This brings nutrients up to the surface where they can be released or recycled as animals eat the mats.

You can follow this adventure, interact with Ben and his crew via video streaming and social media, and have the opportunity to take action to minimize their impact on the environment. Check out their website at: http://thelongestswim.com/
Tags Lecomte Rhizosolenia diatom marine science
PRINT