May 06 Posted by Sally Palmer in Spotlights

Researchers recently observed a deep-sea octopus mother brooding her eggs for 53 months – a whopping four and a half years. The octopus’s unique scars allow them to identify and then checked on her every few months as she brooded her eggs. Scientists suspect the embryos needed such a long incubation because the cold water, about 37 degrees Fahrenheit, means they develop more slowly. Further, the marathon incubation gives them time to develop further than most newly hatched young, increasing their likelihood of surviving in the harsh depths of the ocean. Learn more 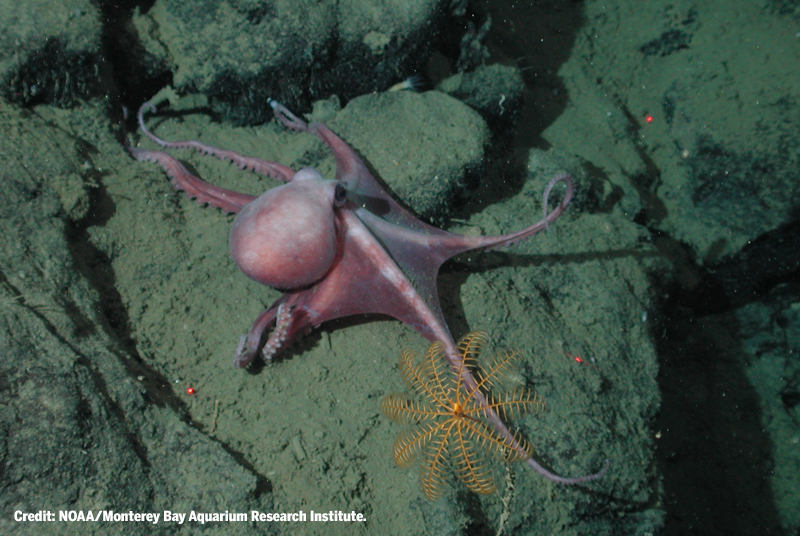 Just like humans, the nutrients that are passed from a mother fish to her offspring can change the way her offspring develop and make a big difference in how well they do in life. This phenomenon in which prenatal nutrition can permanently alter the metabolism of offspring is called metabolic programming. UTMSI researchers have found metabolic programming in some fish, like red drum. This new research suggests that hatcheries may be able to improve the survival of the fish they release through close attention to the nutrition of the adult fish and the quality of eggs they produce. Learn more 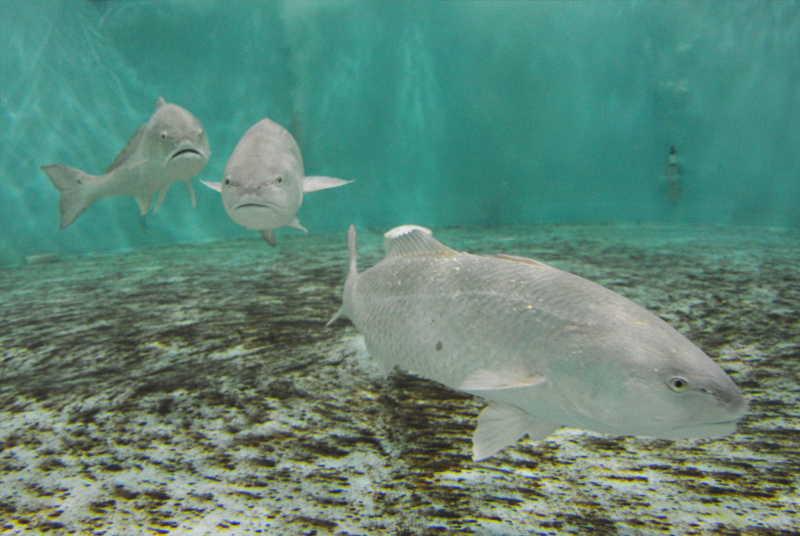 3. A phronima would rival a mother bear in ferocity.

Phronima is a member of a group of animals called amphipods. They’re tiny crustaceans -- relatives of shrimp. Despite their small size they are feared by some animals. The expectant female catches a small, barrel-shaped marine animal called a salp, then uses her mouth and claws to eat the insides and hollow out the ends. She then squeezes inside the gelatinous barrel she created and lays her eggs. As the young hatch, the mother holds on to the barrel and propels the entire brood through the water, bringing fresh food and water to her babies. 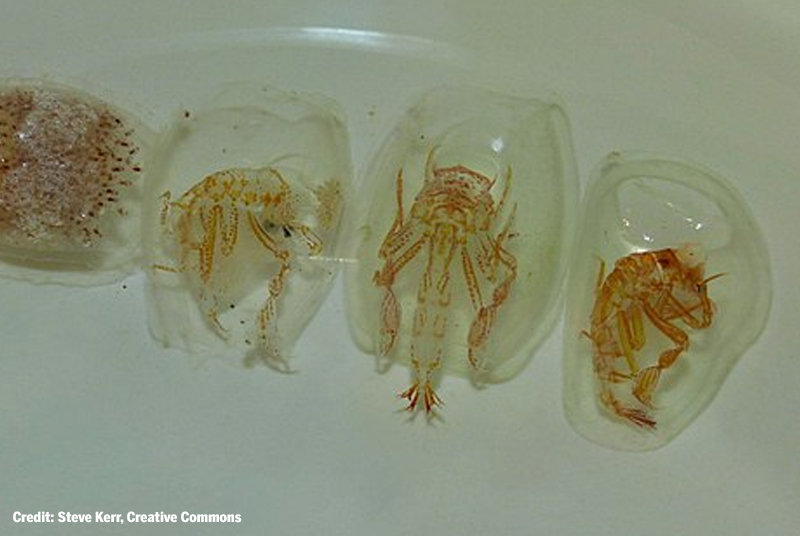 It is one of the saltiest bodies of water on the planet. Because it’s so salty, you might expect Laguna Madre to be a lifeless place, but it’s just the opposite. The lagoon is teeming with sportfish and crustaceans. Migrating ducks and geese spend the winter there, dipping their feet and beaks into waters that average less than three feet deep. And it’s home to some of the largest seagrass beds in the United States. 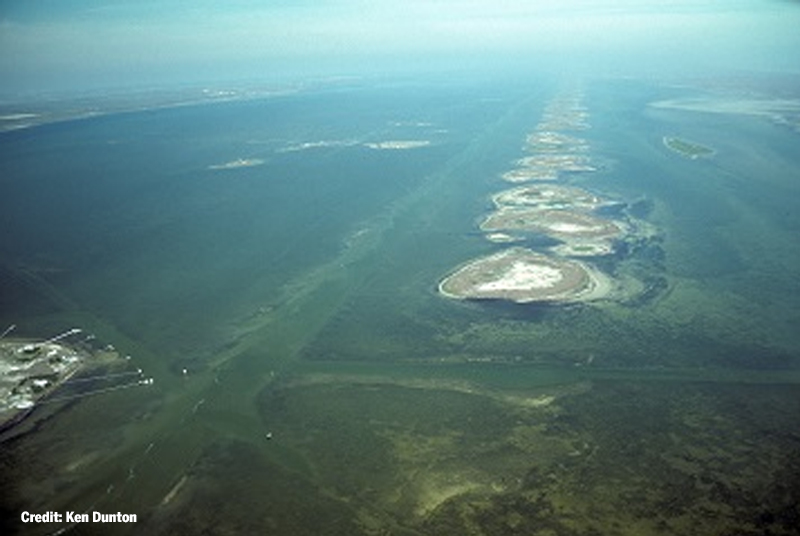 5. Humpback moms whisper to their calves.

Humpback whale mothers take their newborns on 5,000-mile migrations across the open ocean from the polar regions to the tropics before their first birthday. This requires lots of strategies for survival, including stealthy communication. Scientists learned that, while swimming, the mother and calf will make quiet grunts and squeaks too soft to travel far beyond the swimming pair. These “whispers” between humpback calves and their mothers likely keep the two safely together while avoiding the attention of predators, such as killer whales. Any nearby male humpbacks looking to mate would be less likely to overhear the whispering calves, who need their mothers’ full attention during this time. 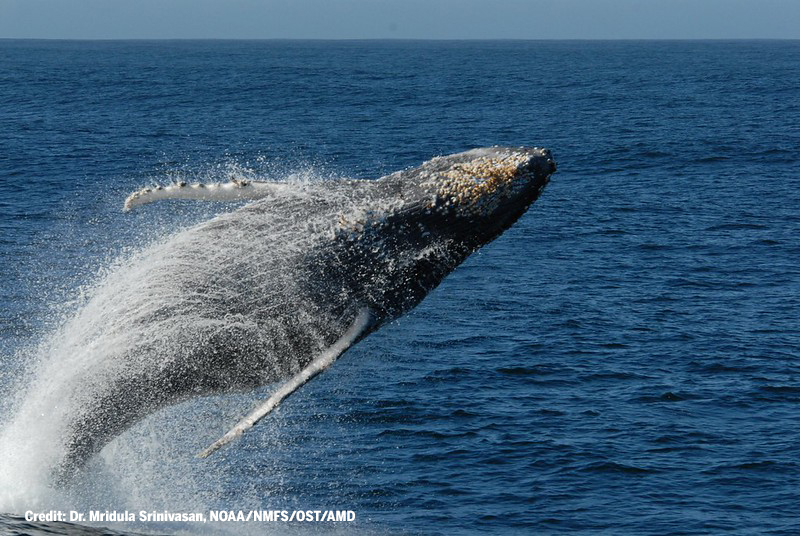