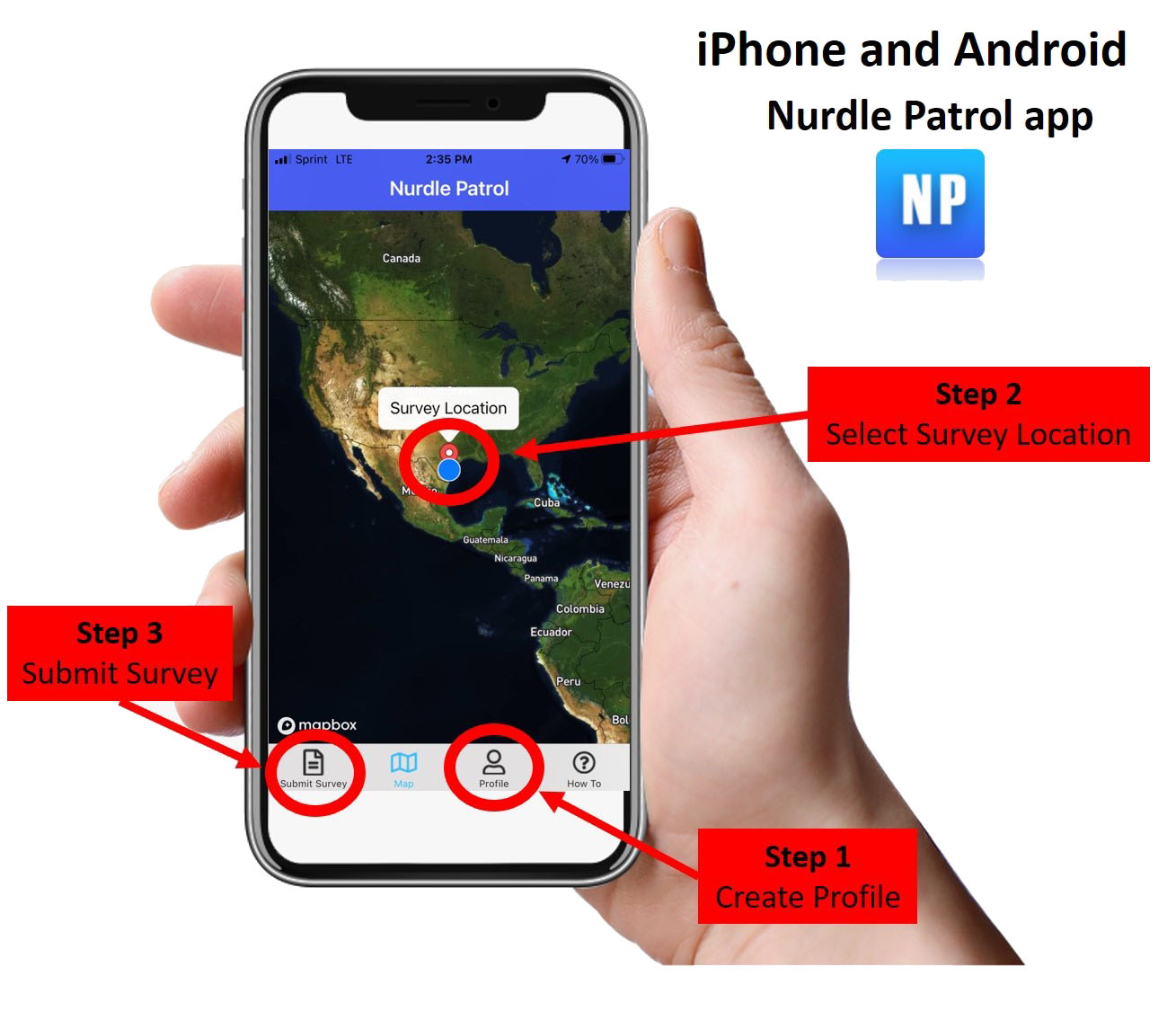 Since the Nurdle Patrol Citizen Science Project was created in 2018, by the Mission-Aransas Reserve at The University of Texas Marine Science Institute, the effort to record and track nurdles on beaches and bays have grown into a large network with volunteers from around the Gulf of Mexico and to other parts of the globe. A new app has just been released to allow citizen scientists to log their data from their phone.

Nurdles are small plastic pellets produced for the raw material of almost all plastic products. Their small size and buoyancy can make them difficult to contain during transport exchanges. They can, and do, enter waterways and end up washing up on beaches and bay shorelines.

Nurdle Patrol Citizen Science Project is a network of hundreds of volunteers who conduct 10-minute surveys at their local beaches to help identify concentrations of nurdles.  The new app created will greatly streamline the effort and increase efficiency. It is app is available for both iOS and Android devices and will streamline data entry by having a profile set up for each user. The app also allows users to see their current location and use that location for entering their survey information.

The Conrad Blucher Institute at Texas A&M University - Corpus Christi developed the app, with funding from the Matagorda Bay Mitigation Trust through the Mission-Aransas National Estuarine Research Reserve at the University of Texas Marine Science Institute.