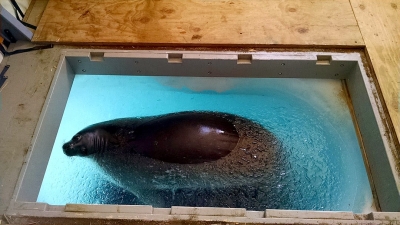 PORT ARANSAS, Texas – Weddell seals routinely dive for 20 minutes at a time and travel up to a mile from where they started before returning to their breathing hole in the ice covered waters of Antarctica. How they find that breathing hole from such distances is the subject of a new research project at the University of Texas Marine Science Institute. Dr. Lee Fuiman and colleagues just returned from a nine-week research trip in Antarctica where they conducted carefully designed field experiments to test their hypothesis that the seals navigate underwater using Earth’s magnetic field, much as homing pigeons do. No marine mammals are known to be able to detect magnetic fields, so their research has the potential for new and important discoveries. 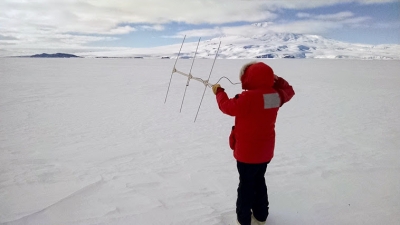 The multi-year project will be conducted at McMurdo Station, Antarctica, and is funded by the National Science Foundation. The project is a collaboration with colleagues at Texas A&M University – Galveston, University of California – Santa Cruz, and the University of Auckland. Dr. Fuiman is not new to Antarctic research and the start of the project was his 8th year conducting research on the ice.

A video story about the project will be released by the National Science Foundation today, December 22nd at http://www.livescience.com/49221-researchers-investigate-to-see-if-seals-have-magnetic-gps.html
PRINT