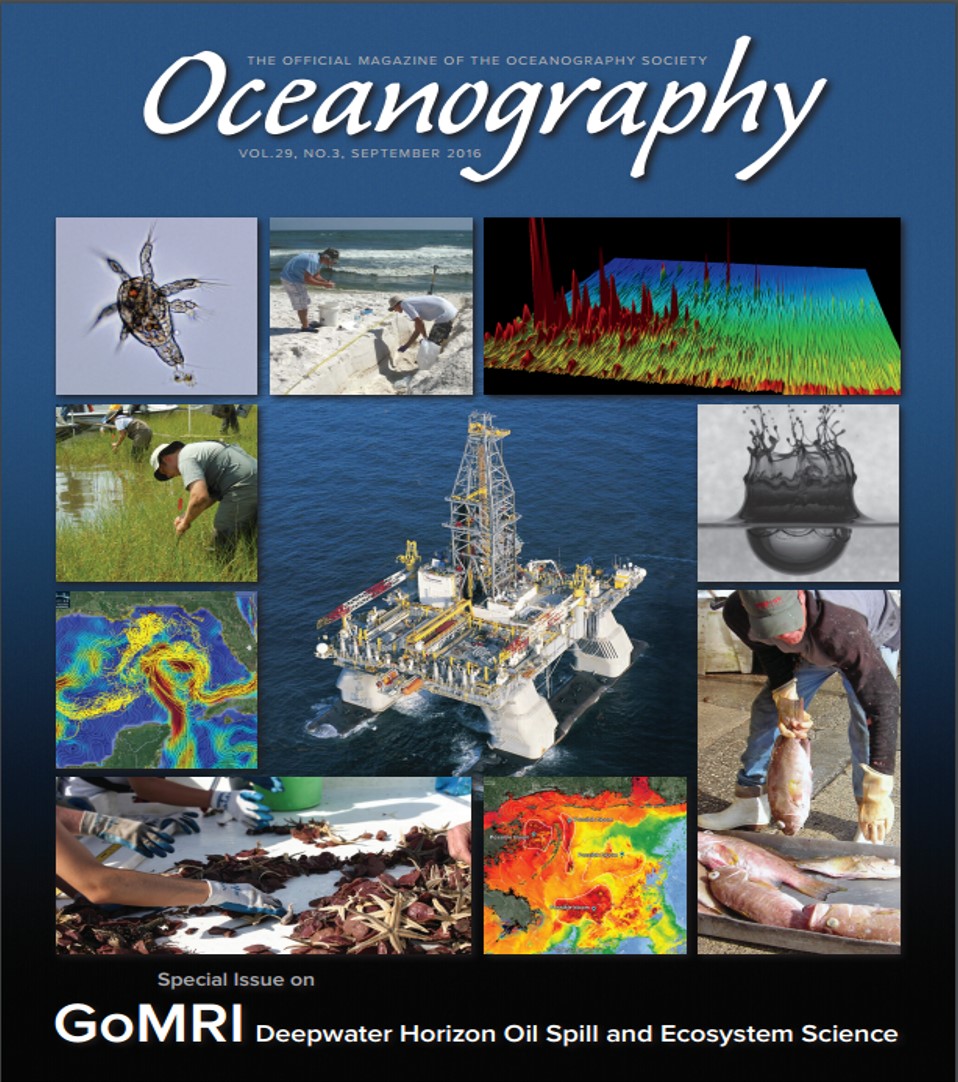 Two of the special issue magazine articles are written by UTMSI scientists. Drs. Ed Buskey and Andrew Esbaugh with coauthor Helen White wrote about how oil spills can impact marine life in the Gulf of Mexico. Their work found that while the impacts were different among animals, “a general picture is emerging that chemical dispersants may be more toxic to some marine organisms than previously thought, and that small oil droplets created by dispersant use and directly consumed by marine organisms are often more toxic than crude oil alone.” Click here to read the full article.  UTMSI Director,

Dr. Robert Dickey, and coauthor Markus Huettel also wrote about the status of seafood and beach safety in the aftermath of the Deepwater Horizon oil spill. Their research found that exposure to harmful crude oil residues in seafood and from public beaches returned to pre-spill levels soon after the oil spill had dissipated. However, the official health risk assessments raised concerns about the inclusion of several vulnerable populations and revealed knowledge gaps in determining benchmarks for human health and contaminant data. Click here to read the full article.