Dec 05 Posted by Sally Palmer in Spotlights
Peter Thomas Talks About His Groundbreaking Work on Steroid Hormones and Cancer: hormones, new hormone receptors, and why discoveries in fish are receiving attention in cancer research 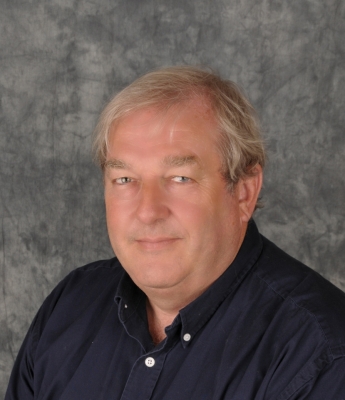 In the fight against cancer there is an unlikely hero: a small coastal fish, the Atlantic croaker. Dr. Peter Thomas and researchers in his laboratory have used this fish model to identify the membrane androgen receptor. They found that activation of the receptor by testosterone in human breast and prostate cancer cells causes the cancer cells to die. This discovery suggests new drugs can be developed that target this receptor to treat breast and prostate cancer. The revelations don’t stop there. Thomas and his team also found that the croaker membrane androgen receptor is a very unusual because it also transports the essential metal zinc into cells. This is the first evidence that a steroid receptor also functions as a zinc transporter. Zinc is a critical molecule for cell because of it has essential roles in numerous cellular processes. This new discovery sheds new light on how steroid hormones can influence zinc signaling in cells. 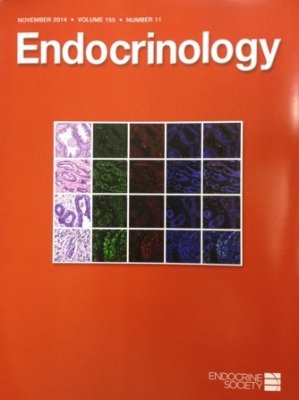 Thomas spoke with the University of Texas communications staff the week that two of his groundbreaking studies were released in the journal Endocrinology with his photos gracing the cover. Below is an edited transcript of that interview.

How did you know to look for a steroid hormone receptor on the membrane of the cell instead in the nucleus?
Steroid hormones such as estrogens, androgens and progesterone regulate reproduction and many other functions such as blood pressure through binding to specific receptors inside cells. The receptors in turn activate genes resulting in new protein synthesis, a relatively slow process that takes several hours. However, many actions of steroids are too rapid to be explained by this mechanism and steroids have also been shown to activate unidentified receptors on the cell surface. Since 1980 our lab has been figuring out how a progesterone-like steroid causes fish eggs to mature so that they can be fertilized. It was already known that this steroid acts through a membrane receptor on the oocyte surface, but despite intensive research over 20 years efforts to identify the receptor were unsuccessful. Using a novel approach we discovered the identity of the membrane progesterone receptor in fish in 2003 and afterwards identified the same receptor in humans, the first novel steroid membrane receptor discovered in vertebrates. The receptor has since been shown to regulate many reproductive and nonreproductive processes in both health and disease.

Using the same approach we have recently been successful in identifying the receptor for androgens on the surface of fish ovary cells, called a membrane androgen receptor. This receptor is unrelated to any previously identified receptor and instead is a protein that transports zinc into the cell. An important finding was that treatment with testosterone caused ovarian cells to die. 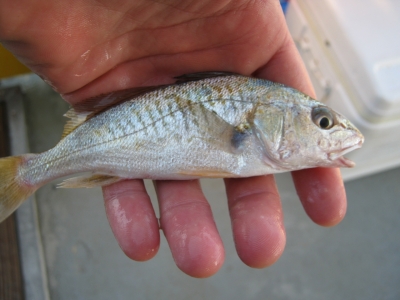 Why are fish such good models for physiology?
Fish are excellent models for examining many aspects of vertebrate physiology because the results can often be translated to humans and impact biomedical research. For example, we found that the huge numbers of eggs in fish ovaries provide an abundant source of tissue for purifying steroid membrane receptors on vertebrate eggs. In addition, the characteristics of the fish and human steroid membrane receptors are very similar. 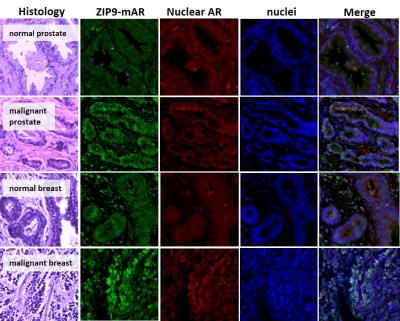 What excited you most about the research?
Finding that the membrane androgen receptor transports zinc into the cells, and is a member of a zinc transporter family, called ZIP9. Zinc is like calcium because it is critical for cells to function. In fact, this novel receptor using zinc has been found in every cell and every tissue we have looked at. The importance of this discovery goes well beyond cancer because it directly links steroid hormone actions and alterations in zinc levels inside cells and does this through a single protein that has both functions, ZIP9. Thus, many other physiological functions could be regulated by this receptor.

It is most exciting to think that we identified the membrane androgen receptor, ZIP9, and that it belongs to a large zinc transporter family for which there was no previous evidence that they could function as steroid receptors. This finding should open up a new field of steroid and zinc regulation of cell functions.

Five years from now, what question would you love to have answered?
Perhaps to identify a lead compound that is promising in the treatment of cancer. I would also like to identify how that compound reacts with membrane receptors at different stages of cancer. Ideally, we would be able to identify a compound for treatment for cancer that occurs after a relapse, because this is typically the hormone resistance phase when the cancer is the most aggressive.