Research Unveils – It’s More Than a Drop in the Bucket

It’s the 5-year anniversary of the Deep Water Horizon Blow out and Proceeding Oil Spill, and we sat down with researchers from The University of Texas Marine Science Institute who have been studying the effects of oil and dispersants with major funding from the independently-reviewed Gulf of Mexico Research Initiative. Dr. Ed Buskey is the lead researcher for a consortium formed to study the Dispersion Research on Oil: Physics and Plankton Studies (DROPPS - http://dropps.utmsi.utexas.edu). The Gulf of Mexico Research Initiative recently renewed support of this consortium to the tune of $9.2 million. 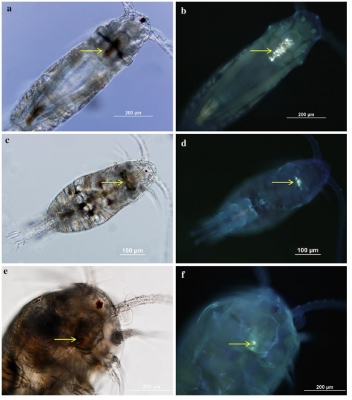 What do you know now that you didn't know before you started the research?
We have a much better handle on the rate at which microbes, like bacteria, and other small plankton can metabolize or eat the oil. Our research determined that dispersant treated oil results in the formation of tiny droplets of crude oil in the same size range as the food of marine zooplankton. We confirmed that these tiny oil droplets are readily consumed and toxic compounds in the oil and are accumulated in the bodies of these tiny animals, which are then passed up the food chain to larger organisms. These predictions will greatly help figure out the potential impacts of spills.

There has been a lot of talk about bacteria being able to consume lots of oil. What new results are you finding out about that issue?
For the hydrocarbon degrading bacteria, consortium scientists at Texas Tech University are studying the effects of dispersant on the ability of bacteria to degrade oil droplets – the dispersants often make such small oil droplets (micron sized) that the bacteria are not able to attach to the droplets to form films on the outside of the droplet to consume the non-soluble hydrocarbons. Alternatively, large undispersed oil droplets may rise through the water column so quickly, that it is difficult for bacteria to attach to their surfaces. 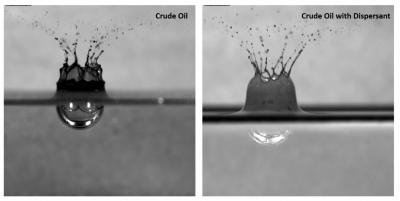 Have you found any unexpected outcomes?
We found that application of dispersants can increase the amount of oil that is aerosolized, which means that the pieces of oil are small enough to float in the air. We also found that wave action and rain can greatly increase the amount aerosolized from surface slicks. No one has thought to look at the effect of rain before and it is very exciting to be at the forefront of this discovery.

What experiments or potential discoveries are you most excited about in the near future?     The ability for these very fine droplets of oil to turn into aerosols represents a breakthrough in potential effects on humans and marine mammals. With the renewed support from the Gulf of Mexico Research Initiative, we’re working with health professionals to get a better handle on the potential health risks that aerosolized oil may have to first responders and marine mammals.

Do you think all the research funding will change how the oil and gas industry operates?
It is bound to. Our research and the finding that others have made are making great strides in understanding how dispersants affect the food chain and how oil released in deep water can react much differently due to the pressure and organisms present in the deep. One of the next steps for our research is to provide information necessary to make cost-benefit determinations related to use of dispersants on oil spills.