Changing Ocean Literacy One Radio Station at a Time 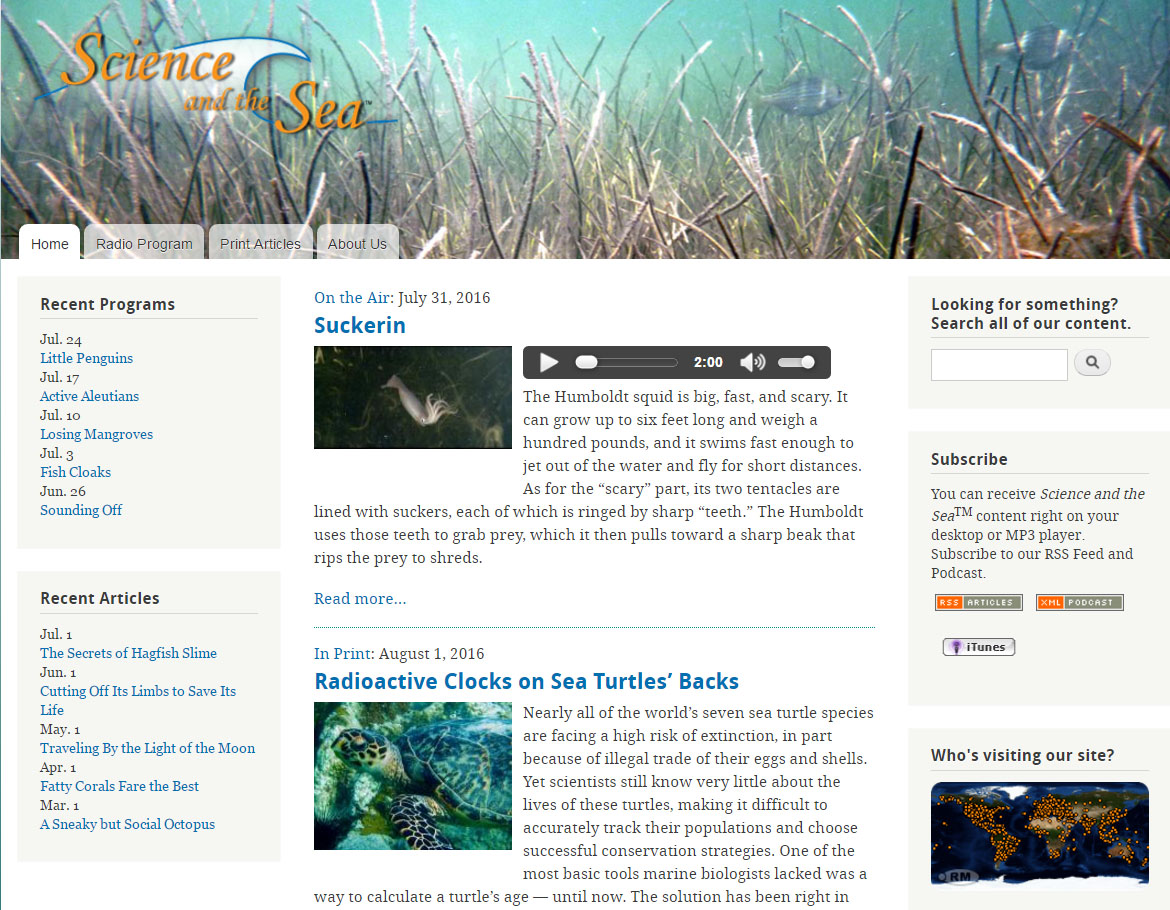 Make sure to visit the website scienceandthesea.org to listen to or read about cool ocean facts. For the past ten years, the University of Texas Marine Science Institute has been bringing the wonders of the ocean to listeners across the world. This summer, marks the 10-year anniversary of the Science and the SeaTM radio program and podcast. In just 2 minutes, each episode presents something new and interesting about what’s going on under the waves. Episodes can range from the weird, like the “Sea Gizzard”, to the inspiring, “The Unexpected Underwater Volcanoes.” A new episode is distributed every week to over 234 affiliates in 46 states, District of Columbia, Canada, Guam, the Philippines, and New Zealand. And, all of the more than 500 episodes are available and searchable online.

Science and the SeaTM also produces a print article that is published in newspapers and magazines. The print and radio programs are fact-checked to make sure everything is scientifically accurate. Over the past ten years, Science and the SeaTM has shared amazing information about our oceans that has enchanted many lives. It reached people who don’t live near a sea and who maybe don’t know much about marine science. But, through this program they may realize that even if they’ve never seen an ocean, we are all very connected to the seas and what happens in and near them.

So go ahead, subscribe to our podcasts and see why the sea has intrigued humans since the dawn of time: http://www.scienceandthesea.org. 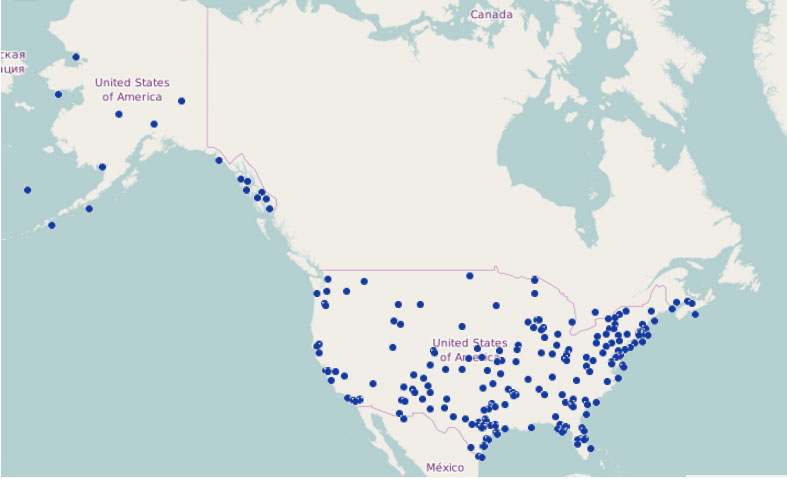 The radio program is heard on 234 affiliates in 46 states, and the District of Columbia. Its also aired in Canada, Guam, the Philippines, and New Zealand (not pictured).