Graduate student Carolynn Harris, shares her adventures aboard the research vessel Norseman II. You can follow Carolynn adventures at: https://carolynnmharris.wordpress.com/blog/ 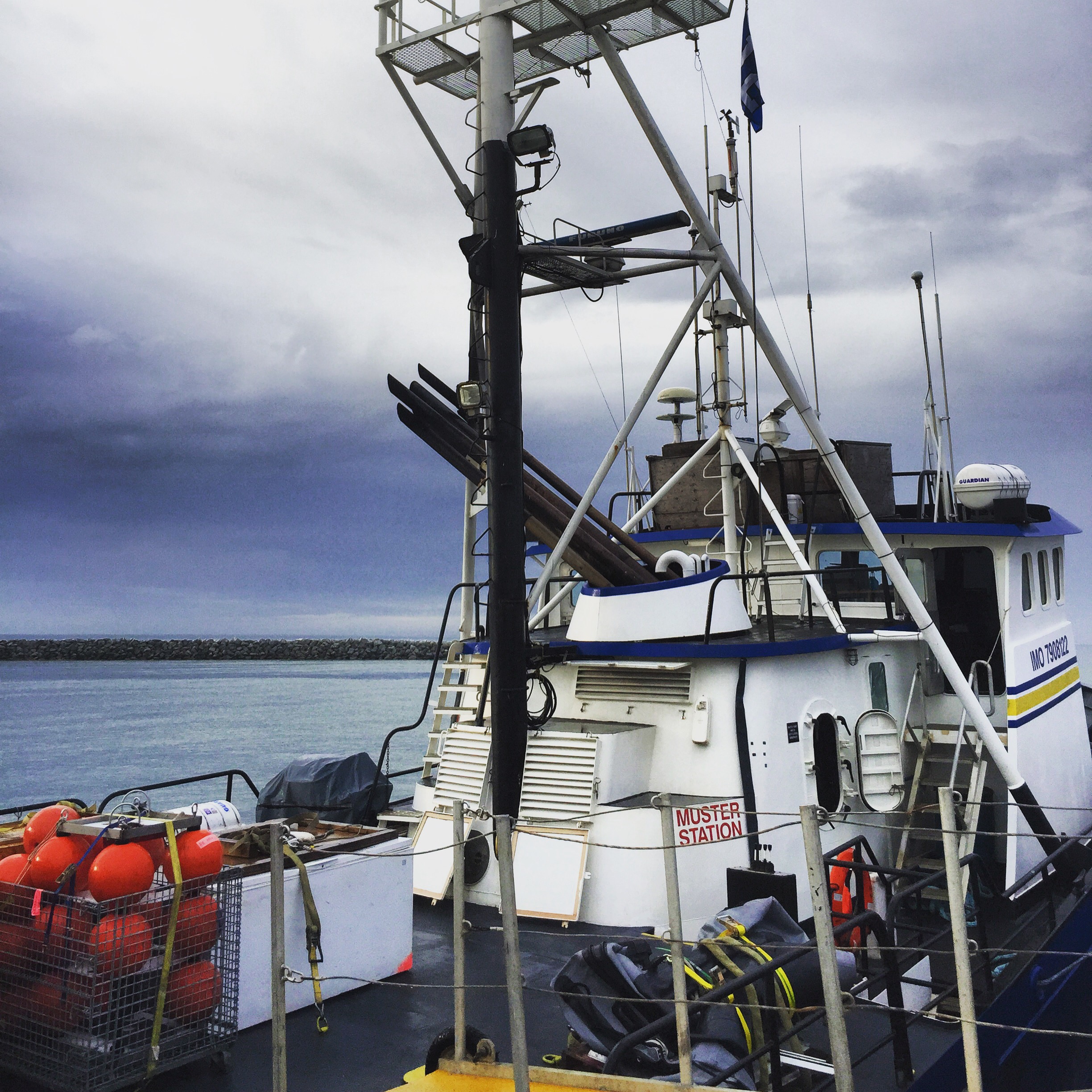 The research vessel Norseman II in Nome, AK. Credit: Carolynn Harris.My first research cruise of the summer has come to an end and it feels great to stretch my legs on land! While the Norseman II had awesome accommodations, it’s still only 110 ft long, so I started to go a little stir crazy at the end of 2 weeks.

My team’s main objective on board was to collect as many clams as possible from the Chukchi Sea, and I think we met that goal! Our modified trawl net did its job and we had over 30 successful trawls. Since clams live on top of the sea floor or buried in ocean sea floor sediments, that means we also brought a ton of mud on board in our net. Before we could sort out catch, we sieved the contents to remove the mud. We sorted, identified, and bagged over 5,000 individual clams! 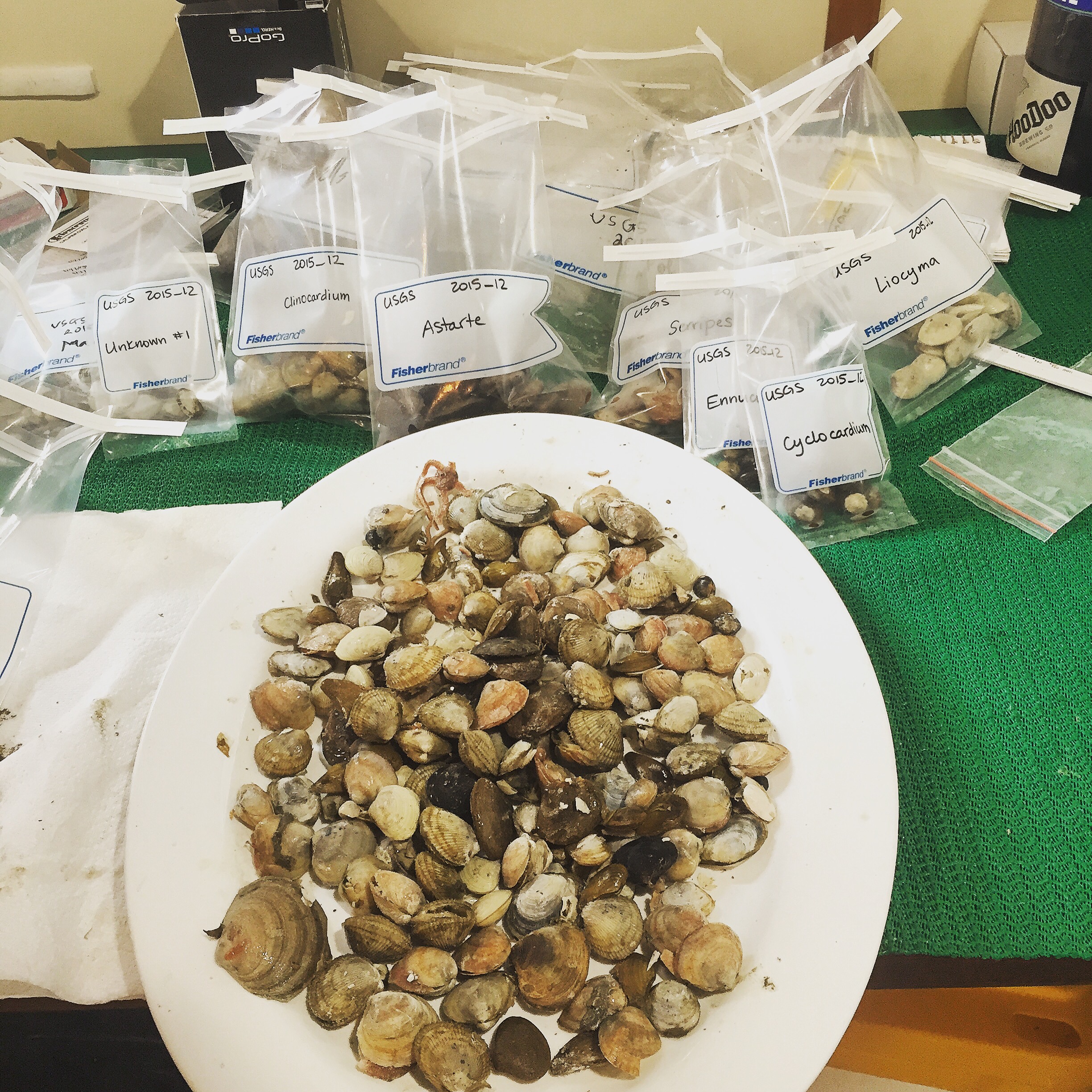 The sea provided us lots of clams to sort, identify and bag. Credit: Carolynn Harris.While we were only collecting the clams, our net captured any critters that live on (epifauna) or in (infauna) the sea floor sediments. I love marine invertebrates so it was very exciting for me to see the strange new creatures we hauled on deck! Many of our trawls were full of brittle stars, which are aptly named and got their broken leg bits over everything, or hundreds of sand dollars! I recognized many invert species from my work in the Beaufort Sea, though the individuals from the Chukchi seem to be larger on average.

My favorite critters we saw were basket stars (Gorgoncephalus arcticus), Serripes clams with their distinctive zigzag shell (Serripes groenlandicus), and a baby octopus!

If invertebrates aren’t your thing, we also saw bearded seals, fin and humpback whales, and TONS AND TONS of walruses! 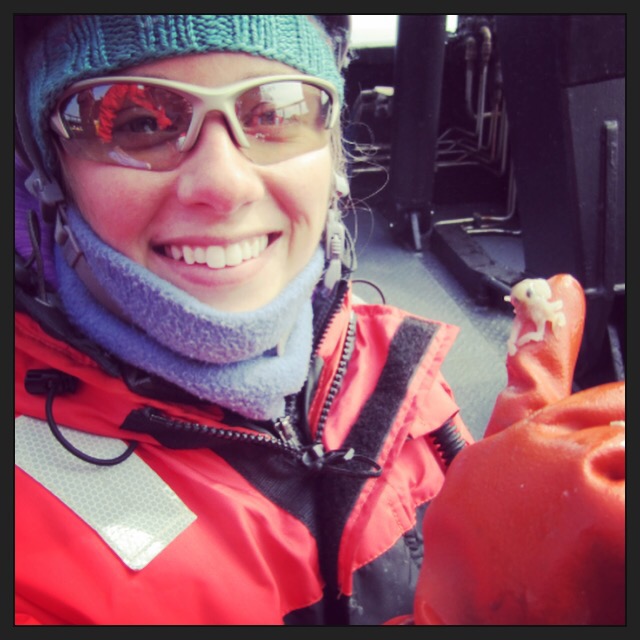