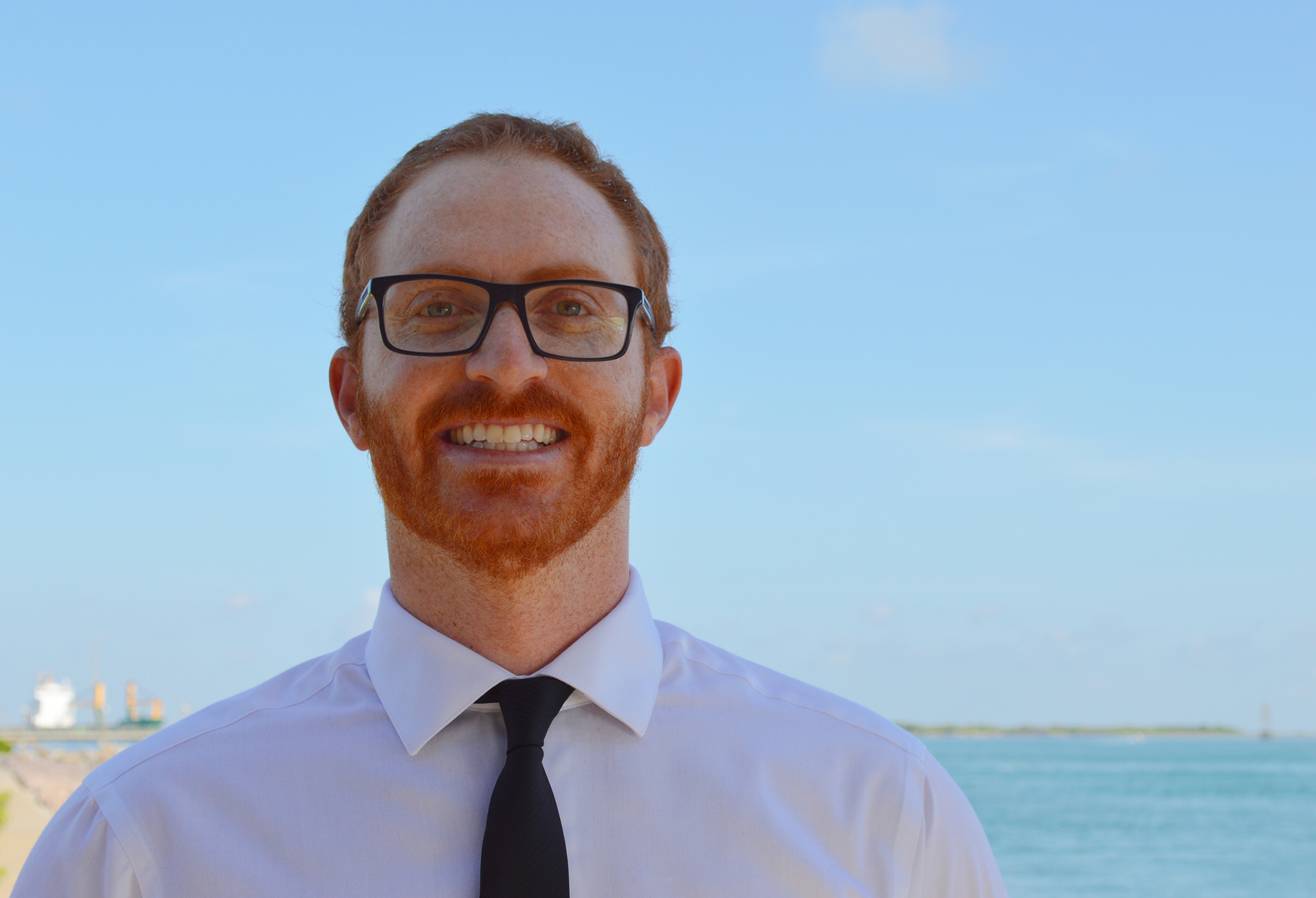 We sat down with PhD student, Matt Khosh, to understand why rivers are important and what it's like to work in the Arctic.

Please tell us a little bit about your research project.
Rivers serve as an important link with the terrestrial and marine system. They provide nutrients, freshwater, and organic matter that supports a variety of flora and fauna. This is especially true in the Arctic where river influence has been shown to support biological production at certain times of the year. However, seasonal variations in river water chemistry are not well defined. Much of my research is focused on describing riverine patterns in organic matter and nutrient concentrations and the mechanisms that control these concentrations. By establishing these baseline values it may help us to project how these systems are affected by climate change.

How did you decide you wanted to pursue a career in marine science?
I grew up on the California coast and I’ve been going to the beach since I was a little kid. Running around on the beach and in the back bays helped instill my connection with the ocean. As I got older, I took an around-about way getting back to the marine environment. I majored in earth and environmental science as an undergraduate and many of the research projects I was involved with were focused on terrestrial systems. I was fortunate to make contact with my now advisor, Jim McClelland, as undergraduate. We met at a conference and began to talk about his Arctic projects. I felt that working on the river system was an interesting segue back into the marine sciences.

In 10 years what would you like to have accomplished?
In ten years I hope that I am in a position that allows me to share my passion of science and the environment with as many people as possible. Whether that be conducting primary research, involved with the implementation of policy and management decisions to preserve our natural resources, or in an education setting. 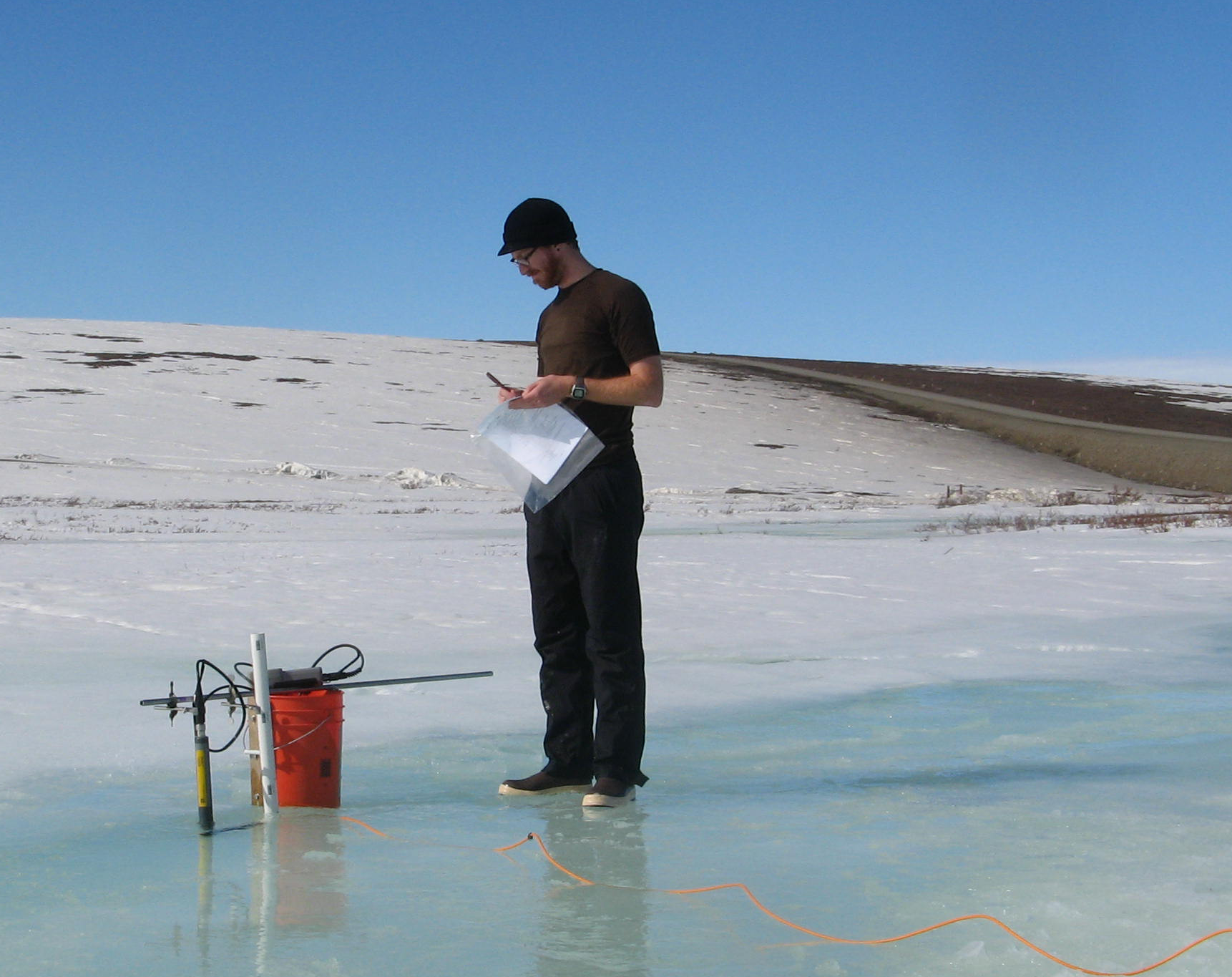 Matt is studying rivers of the Alaskan Arctic and identifying seasonal patterns in organic matter and nutrient concentrations. Credit: Matt Khosh.What is the most interesting or surprising thing you’ve gotten to do for this project?
I’d say one of the most interesting things has been conducting field work in the Arctic. I’ve been fortunate enough to see highly remote regions of the planet that very few people get to experience. It has helped me be a more proactive advocate for why these systems are important and why we as scientists and citizens should be concerned about what happens to these places either through development or climate change.

What’s been the greatest reward of doing research? The greatest challenge?
One of the greatest rewards has been getting to share results and data with other scientists and the public. But that’s also the greatest challenge. It can sometimes be difficult to get the public to connect with research that is mostly chemistry. However, when they do get interested in the research, it’s really rewarding. Another aspect of my work has been getting citizen scientists, including adventurers and river rafting guides, to assist with sample collection. It is pretty rewarding to see how excited our volunteers are about our research and the sample collection process.

What inspires you?
From a professional standpoint, collecting data and seeing what trends emerge and displaying results in an informative and impactful manner. From a personal standpoint, I’m inspired by girlfriend, Rachael Clarkson, and our three dogs, Zeke, Piper and Bruno.

Why did you choose UTMSI?
It was primarily because Dr. McClelland is working here, but after visiting during the graduate prospective weekend I was able to see the atmosphere among the UTMSI community was very collaborative. It was enjoyable seeing how closely they work together and it made me really want to come here. I was also looking for a change in scenery from California and my next adventure.

What has been your most memorable moment at during your time at UTMSI?
Probably the river rafting research trip I was involved with in the summer of 2011. I was part of a group of scientists that went on a two week-long rafting trip from the edge of the Brooks Range in Alaska down to the Arctic Ocean. The glaciers on the Brook Range are receding and myself and many scientists* came together as a group to understand how the ecosystems influence by glaciers will change as the glaciers disappear.
* Glaciologist, plant ecologist, stream invertebrate biologist, fisheries scientist, and Matt- chemist

If you were a marine organism what would you be and why?
I’d want to be an Orca whale because you get to hang out with all your friends and travel all over. You’d also be near top of food chain, which is always a good thing.

Matt Khosh is a graduate student at The University of Texas Marine Science Institute seeking a Ph.D. in marine science. He has a bachelor of science in earth and environmental science from the University of California Irvine. After his undergraduate degree, Matt worked for a year as a research specialist in Susan Trumbore’s laboratory. Matt hails from Orange County, California and after his graduation this fall semester, he, his girlfriend, and their three dogs hope to make it back to the west coast.