Congratulations to our newest Master of Science, Nicholas Reyna! 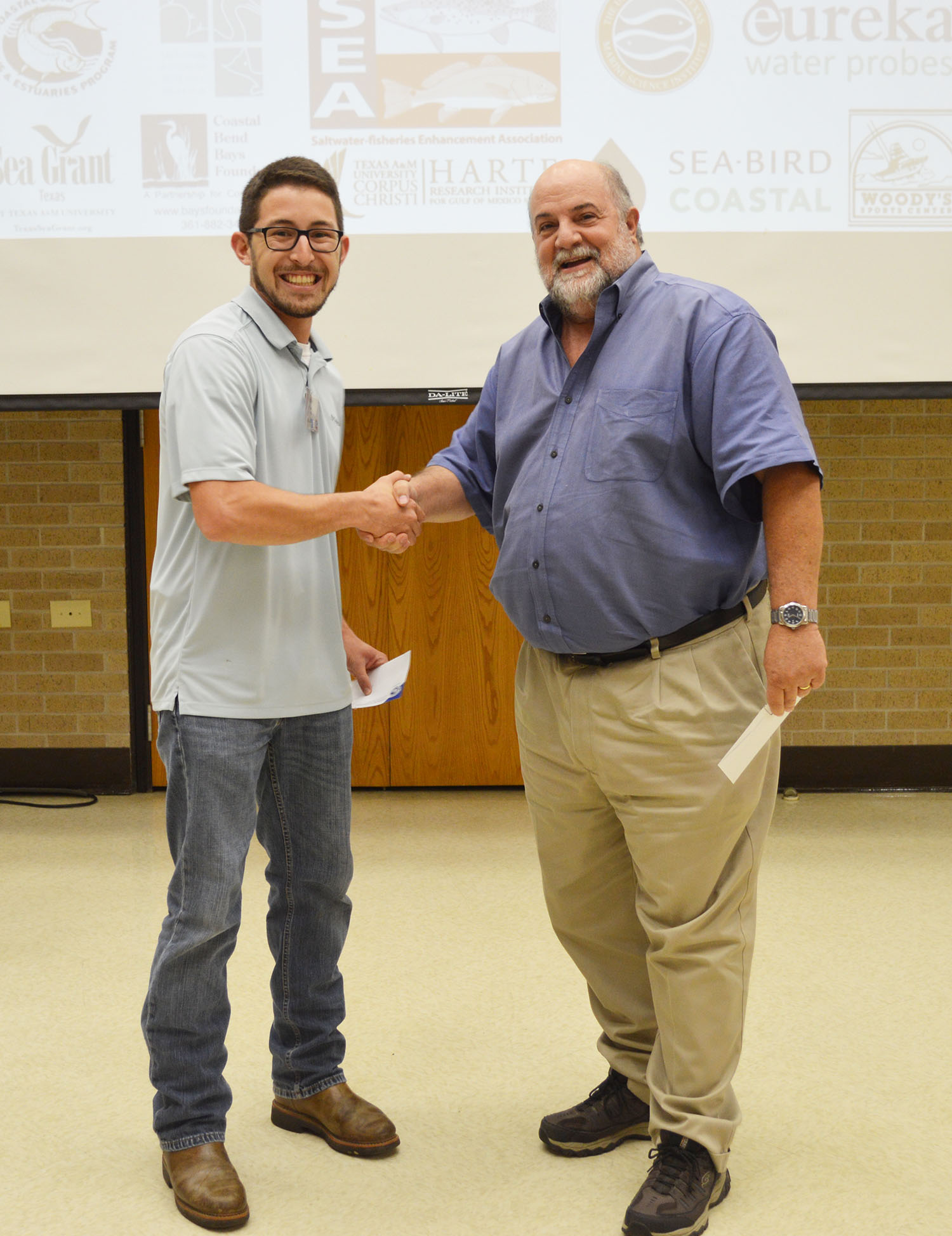 How did you decide you wanted to pursue marine science?
I spent a lot of my summers and weekends fishing in South Padre Island with my dad. Early on I was interested in the abundance and diversity of fish - what we would catch, accidentally catch, and also see. Figuring out the patterns of fish was always very interesting to me. Right off the bat I wanted to learn more about their ecosystems, habitats, and what was driving them. I didn’t expect to go into marine chemistry, but that’s where I found a nice middle ground with my other interests. It’s an avenue to figure out what was going on in these systems.

In 10 years what would you like to have accomplished?
I would have liked to have furthered available knowledge and information used in coastal management. I’d like to be either a steward of the data, or user of that data to influence coastal manage projects. When looking back it would be nice to say that I have had an impact on this project or I was able to help figure out how to better use or manage a resource. As scientists and stewards of data, I think that it’s our duty to make sure it’s being put to good use. I think that’s not how it historically has been done and I would would like to help bridge that gap.

What is the most interesting or surprising thing you’ve gotten to do for your research project?
Recently the coolest thing was discovering this big shift in our phytoplankton community that was brought on by an explosion of one species which also happens to be found throughout the world. It’s interesting to me that I was able to determine patterns in this species and how it responds, and that these patterns are the so similar to those found around the world. The ubiquity of oceanic systems in a way, blew my mind. Seeing where my work fits in on a global scale has been very exciting.

What inspires you?
I guess the fact that there is still so much that we don’t know about marine environments. That’s something that you don’t appreciate if you’re not vested in something. Trying to capture and understand what is happening now while keeping track of natural and unnatural changes is a challenge. However, I think being able to develop baselines of data so that there is something for people to build upon in 50 years is exciting and necessary.

Why did you choose UTMSI?
I worked with Dr. Zhanfei Liu as an undergraduate student and I wanted to continue along that path. I got interested in marine chemistry and knew that I should pursue it. I liked the experimental design and how decisive chemistry could be. Working with Dr. Amber Hardison has also exposed me to different projects and people that I wouldn’t have otherwise been able to experience. I had this opportunity and I couldn’t pass it up.

What has been your most memorable moment at UTMSI?
There was a time when we were sampling in the Aransas River. It was a very hot day in the middle of summer. Dr. Jim McClelland jumped in to cool off and so did I, only to realize that later, while on an evening sampling trip, that river is heavily infested with alligators. In hindsight, ‘man that was not a smart decision.’

If you were a marine organism what would you be and why?
I would have to say that I’d be a migratory seabird. You could capture the best of the seasons and you would get to see entire continental United States once a year. It’s obviously a hazardous lifestyle, but it would be worth it.

Nick Reyna graduated this December with a master of science. He received his bachelor of science in marine and freshwater biology from The University of Texas in 2014. Nick hails from Mission, Texas and is currently applying for positions in coastal science.