They found that photooxidation was the main driver for degrading aromatic hydrocarbons, and biodegradation was the key process controlling the degradation of saturated hydrocarbons (alkanes). Exposure to sunlight, however, inhibited the biodegradation of the branched alkanes, pristane and phytane. The researchers published their findings in the April 2015 Marine Pollution Bulletin: Differentiating the roles of photooxidation and biodegradation in the weathering of Light Louisiana Sweet crude oil in surface water from the Deepwater Horizon site. 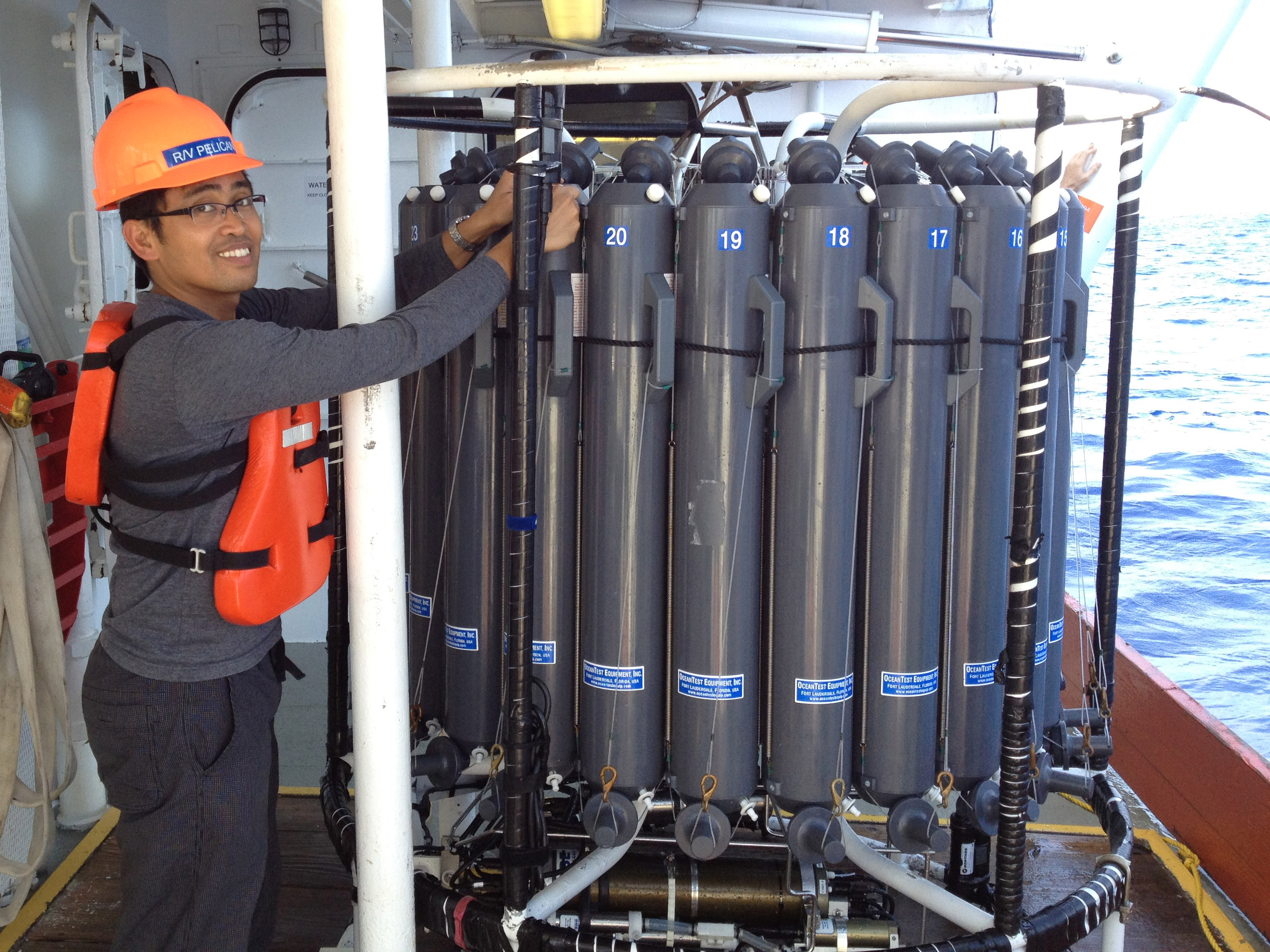 Photooxidation readily degraded PAHs, with 40% and 90% being degraded after 10 and 20 days, respectively. There was a lag time in biodegradation of PAHs, indicating that an adaptation period prior to onset of bacterial degradation started. Analyses of individual PAH degradation rates revealed that those with a lower molecular weight were more sensitive to photooxidation and biodegradation than heavier PAHs.The degradation patterns of alkylated PAHs were similar to those of PAHs. Among the treatments exposed to sunlight, there was no significant difference in PAH degradation rates in sterile control, oil-seawater, and oil-dispersant-seawater mixtures, suggesting that sunlight outpaced the degradation by bacteria.

Biodegradation rates for alkanes were ten times higher than photooxidation rates, and dispersant enhanced degradation in both light and dark treatments. Photooxidation reduced alkanes after prolonged exposure. With bacteria present, alkanes decreased by an additional 60% between days 10 and 20. Alkane degradation decreased as chain length increased, supporting the recalcitrance of higher molecular weight alkanes. The branched alkanes pristane and phytane were almost completely depleted in dark treatments but exhibited little to no degradation in light treatments even when dispersant was present.

Analyses of microbial populations revealed distinctly different communities, suggesting that different bacterial populations degrade alkanes in light and dark conditions. The researchers hypothesized that the lack of pristane and phytane degradation in light-exposed treatments could be due to the inhibition of degrading bacteria by sunlight and/or photooxidation processes.

The study used low concentration of crude oil, so the results may represent thin oil film or oil sheen. This study provided insights into the relative importance of oil photooxidation and biodegradation in Gulf of Mexico surface waters and provided quantitative measures for oil spill modeling. Researchers acknowledged the need to account for other physical and chemical processes affecting oil fate and to better understand the effects of long-term alkane photooxidation and metabolites in the environment.

This research was made possible in part by a grant from the Gulf of Mexico Research Initiative (GoMRI) to the Dispersion Research on Oil: Physics and Plankton Studies (DROPPS) consortium.

The Gulf of Mexico Research Initiative (GoMRI) is a 10-year independent research program established to study the effect, and the potential associated impact, of hydrocarbon releases on the environment and public health, as well as to develop improved spill mitigation, oil detection, characterization and remediation technologies. An independent and academic 20-member Research Board makes the funding and research direction decisions to ensure the intellectual quality, effectiveness and academic independence of the GoMRI research. All research data, findings and publications will be made publicly available. The program was established through a $500 million financial commitment from BP. For more information, visit http://gulfresearchinitiative.org/.
Tags hydrocarbons oil GOMRI photooxidation
PRINT