May 08 Posted by Sally Palmer in Spotlights 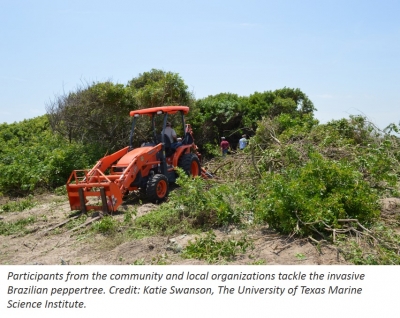 The beach area adjacent to the South Jetty got a makeover when volunteers with the Texas Gulf Region Cooperative Weed Management Area made a substantial effort to rid the area of the invasive Brazilian peppertree. Twenty volunteers from the local community and organizations removed 15 trailer loads of Brazilian peppertree. This thick shrub/tree is prevalent in Nueces County and along the Texas coast, and has been identified as an invasive species by the U.S. Department of Agriculture. It is so dense that it chokes out native plants and there is some evidence that it produces chemicals that inhibit the growth of native plants. The Texas Gulf Region Cooperative Weed Management Area (CWMA) was established in 2014 by the City of Port Aransas and initial partners the Texas A&M Forest Service and Lady Bird Johnson Wildflower Center. The mission of this CWMA is to address invasive Brazilian peppertree (Schinus terebinthifolious) from Port O'Connor to Packery Channel on the Texas Gulf Coast. 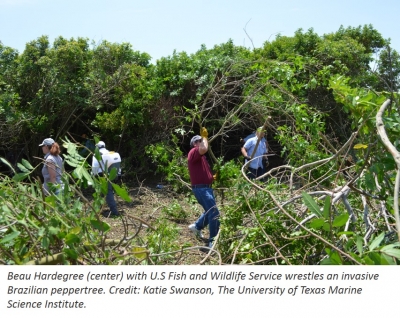 To learn more about the effort and the invasive Brazilian pepper tree check out this video: 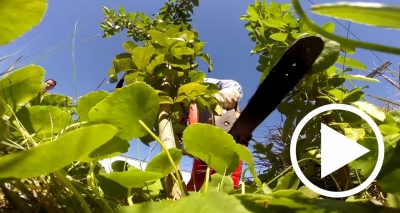