The Top 3 Amazing Things Scientists Are Learning about Marine Migration

May 27 Posted by Sally Palmer in Spotlights 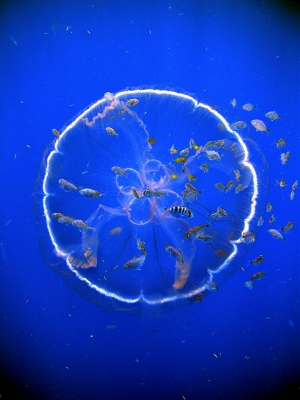 From whales to small invertebrates, the Special Feature of the journal Biology Letters, provides insight to how animals move and find new habitats. Credit: Operation Deep Scope 2005 Expedition, NOAA Office of Ocean Exploration.Fish and other marine animals don’t have the luxury of match.com and scientists are still intrigued at how populations can connect over the wide and immense space of our oceans. Scientists from The University of Texas Marine Science Institute, Drs. Benjamin Walther and Lee Fuiman, as well as Dr. Pablo Munguia from The University of Adelaide felt that how marine animals move deserved more attention. They invited colleagues from across the world to report on various aspects of migration, dispersal and habitat use in the ocean by animals ranging from amphipods to whale sharks for a Special Feature of the journal Biology Letters, entitled “Frontiers in Marine Movement Ecology: Mechanisms and Consequences of Migration and Dispersal in Marine Habitats.”

Whale Sharks can play a killer game of hide-and-seek
It’s shocking that the largest fish in the sea, whale sharks, can be very good at hiding. These animals were once thought to disappear from an area when not in a breeding season. New research reveals that these sharks only disappear from human sight. They reside in the same area, but just go a little deeper and further from the coast. Learn more at the journal Biology Letters.

Coral reef fish hop rides on eddies to survive
The larvae of coral reef fish often have to travel in the open ocean and scientists often wonder how these small fish can survive a grueling journey in water with very few food sources. New research finds that eddies can operate as life boats for these fish larvae because they contain lots of food. The nutrient rich water that forms eddies feeds lots of phytoplankton for the fish to gobble up. Learn more at the journal Biology Letters.