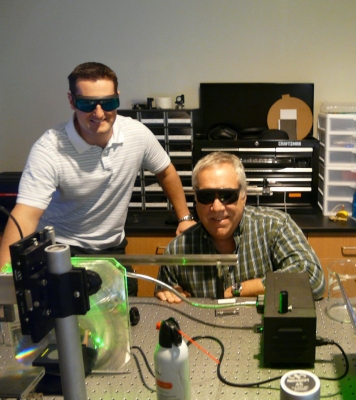 Port Aransas, Texas – A University of Texas Marine Science Institute (UTMSI) led consortium of seven institutions was awarded $9.2 million on November 14th to continue research on the impact of oil spills and dispersants on the Gulf of Mexico and public health.  The award was made by the Gulf of Mexico Research Initiative (GoMRI), a ten-year $500 million research program funded by British Petroleum following the Deep Water Horizon oil spill.   GoMRI selection of the UTMSI-led consortium for renewed support for Dispersion Research on Oil: Physics and Plankton Studies (DROPPS - http://dropps.utmsi.utexas.edu) reflects highly successful research from initial funding in 2012 and the research leadership of Dr. Ed Buskey, lead scientist for the DROPPS consortium.  Dr. Buskey is joined by UTMSI scientists Drs. Zhanfei Liu, Brad Gemmell, and Deana Erdner.

“Renewal of the GoMRI funding award will provide the support needed for our consortium scientists to solve the puzzle of how oil can impact our environment,” Buskey said. “This consortium was funded for a second time to continue research into the physical and biological processes impacted by oil spills and to carry forward work in the scientific and engineering communities to understand and predict the fate of spilled oil in marine environments, as well as its effects on the environment and human health.” 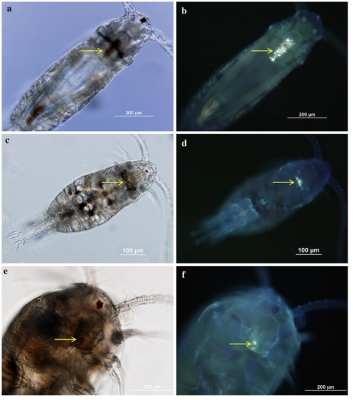 The UTMSI-led consortium brings together experts from seven institutions and disciplines, including marine biology, chemistry, physics, computational modeling, imaging and healthcare professions. The previous work of the consortium made outstanding progress in understanding how dispersants affect the breakup of oil by turbulence, surface waves and other physical forces. For example, the team found that dispersant treated oil results in the formation of tiny droplets of crude oil in the same size range as the food of marine zooplankton. Researchers confirmed that these tiny oil droplets are readily consumed and toxic compounds in the oil are accumulated in the bodies of these tiny animals, which are then passed up the food chain to larger organisms.

The newly funded project will continue the scientist’s efforts to model the processes affecting the fate of crude oil spills, including physical breakup and dispersion of oil patches, interactions of petroleum with plankton and microbes, biodegradation of oil and the impact of aerosolized oil on public health. Dr. Buskey directs the consortium and is assisted by UTMSI scientists—Drs. Zhanfei Liu, Brad Gemmell and Deana Erdner.  Other consortium members include scientists at Johns Hopkins University, University of Pennsylvania, New Jersey Institute of Technology, Texas Tech University, University of Wisconsin at Milwaukee, SINTEF – Norway and Bloomberg School of Public Health – JHU. 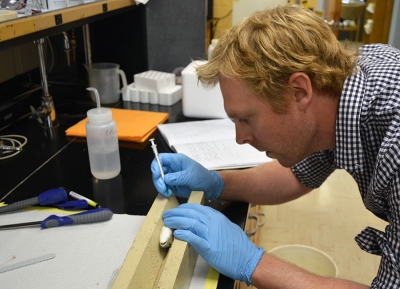 In addition to the DROPPS consortium, UTMSI scientist Dr. Andrew Esbaugh is a co-principle investigator in another consortia funded by GoMRI. Dr. Andrew Esbaugh is also part of a newly funded consortium with University of Miami. His research will focus on the effects crude oil has on fish.  Early life-stages of fish are particularly susceptible to crude oil, which can jeopardize their ability to swim, capture food, elude predators or reproduce.  Effects on fish surviving crude oil exposure can be persistent even after 30 days of recovery. Dr. Esbaugh’s research will examine the physiological effects of oil exposures in open ocean (mahi-mahi) and coastal (red drum) predatory species. His studies will range from molecular and cellular studies to whole animal physiology and behavioral observations. 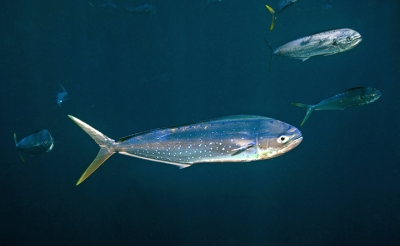 All of these newly funded University of Texas projects total over $10.3 million and will directly benefit the Gulf of Mexico and its natural resources that we rely upon. The results from the research will provide a better understanding of how to manage our valuable environmental and economic resources.
PRINT