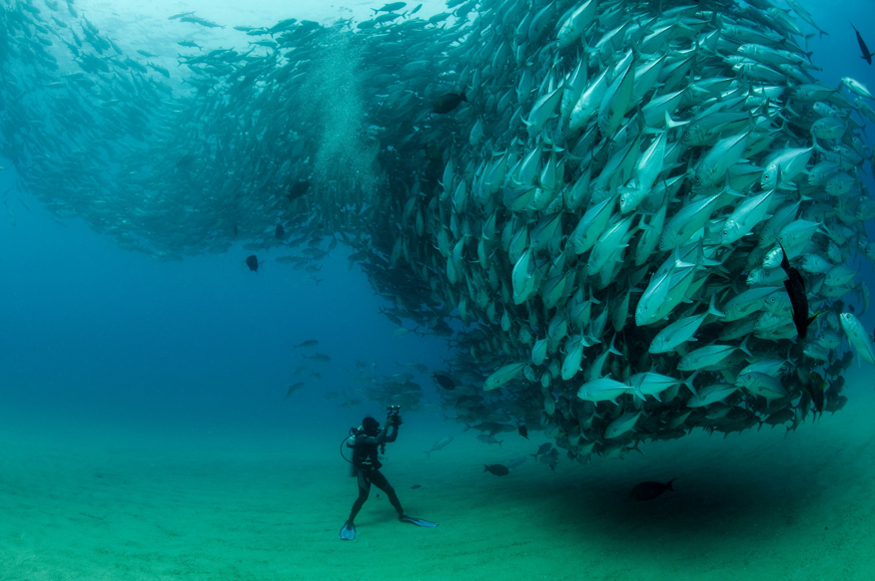 Hundreds of fish species in more than 50 countries across the globe migrate to specific locations to breed in large numbers for only a few days or weeks each year. Although many fishers have traditionally capitalized on these events, known as fish spawning aggregations, only a fraction of known seasonal breeding areas and events are protected or monitored. Overfishing has already led to severe declines in fish populations and the fisheries that depend on them, according to Brad Erisman, an assistant professor at The University of Texas Marine Science Institute, and colleagues writing this week in the journal Fish and Fisheries, and better management of fish spawning aggregations would benefit people, as well as marine life.

"Spawning aggregations are crucial to human livelihoods, food security and the health of our oceans, but overfishing in the midst of these events has a big impact, too often preventing future generations of fish from thriving,” Erisman said. "More than half of all spawning aggregations that have been monitored are in decline, and 1 in 10 has disappeared altogether. Managing and protecting these brief, important events would benefit fisheries and ecosystems alike in the long run."

There are at least 300 fish species that predictably gather to breed en masse in specific spots each year. For example, Gulf corvina typically range over large parts of the ocean, but nearly the whole population migrates to a single spot where during the rest of the year only about 1 percent of the total population would be found. During a period of less than a month, fishers in Mexico can catch more than 2 million corvinas, severely depleting the population and egg supplies in future years. Similarly groupers are at risk, with nearly 12 percent of grouper species in danger of extinction, scientists say.

“Spawning aggregations leave fish vulnerable at a really important time in their life cycle,” Erisman said. “Protecting these breeding aggregations — the same way we already do for many seabirds, sea turtles and whales — would prevent mass disruption both in the environment and in the economies that are dependent on the survival of these species.”

The scientists say new advances in affordable technologies and knowing when and where these aggregations occur make it easier to effectively monitor spawning aggregations and related fishing. That sort of monitoring would inform appropriate limits — such as partial-day bans on fishing or whole-season limits to where and when fishing takes place — for a given area and its species that spawn there. The result would be more sustainable, productive and profitable fisheries over time.

Besides Erisman, the paper’s authors are William Heyman from Ecological Research Associates; Shinichi Kobara of Texas A&M University; Tal Ezer of Old Dominion University; Simon Pittman of the National Oceanic and Atmospheric Administration and Plymouth University; Octavio Aburto-Oropeza of the University of California, San Diego; and Richard Nemeth of the University of the Virgin Islands. Aburto-Oropeza also collaborated with Erisman and the Natural Numbers series on the recent video, “Illusions of Plenty.”

Funding for the marine scientists’ research came from the National Science Foundation, the Walton Family Foundation and the David and Lucile Packard Foundation, among others.