Dr. Wayne Gardner is Professor Emeritus at the University of Texas Marine Science Institute. At the recent ALSO meeting held in Sante Fe, New Mexico, a session entitled "Wayne's World" was held in his honor. Photo credit: Rudi Strickler, University of Minnesota. In true science fashion, instead of throwing a party, several of Wayne Gardner’s colleagues decided to host a session in his honor at a scientific conference this week. They called it, none other than “Wayne’s World: A session to celebrate the career of Wayne Gardner and his broad contributions to understanding the biogeochemistry of aquatic systems.” Wayne Gardner was Director of The University of Texas Marine Science Institute from 1996 – 2004, and he recently retired from the faculty last year. Dr. Gardner isn’t done with science yet. He’s a Professor Emeritus and still comes in the laboratory to do experiments, write, or travel to China to take samples.

Last week, June 9th and 10th, during the Wayne’s World session at the Association for the Sciences of Limnology and Oceanography Conference in Sante Fe, New Mexico, colleagues from around the world presented their work in the context of Gardner’s vast web of influence. The session was chaired by colleagues, including a few former researchers from UTMSI, Drs. Mark McCarthy and Denise Bruesewitz. Wayne Gardner’s career has spanned over 50 years, with work from Lake Mendota (Wisconsin) to the Gulf of Mexico, Lake Maracaibo (Venezuela) to the hypersaline Laguna Madre (Texas). Most recently, his work has taken him to Taihu Lake (China), where severe cyanobacteria blooms have inhibited the daily lives of millions of residents within its watershed. His gadgetry and inventiveness are legendary.

Dr. Gardner has made quite an impression on his colleagues, including former UTMSI postdoctoral fellow Dr. Mark McCarthy. “We fondly refer to Wayne’s gadgetry as “Wayne-X”, and his career has involved constant innovation and creativity. From HPLC to filtration apparatus, sediment coring devices to ship-board incubators, Wayne is always thinking about better, more efficient ways to conduct science. His development of the HYPOX coring lander is particularly memorable for me, because I inadvertently prompted him to design the device by complaining that we couldn’t use his pole corer to collect cores in the Gulf of Mexico. He took that as a challenge, and the Wayne-X R&D Department promptly designed a lander that incorporates the same principles as the pole corer. This HYPOX corer (costing a few hundred dollars) was even able to collect intact cores from the Deepwater Horizon site in ~1500 meters of water….something that is challenging for equipment costing tens of thousands of dollars….a remarkable achievement and testament to his ingenuity!” said Dr. McCarthy.

“Wayne has influenced my scientific and personal development and helped instill with me honesty and integrity.” said Dr. Jim Cotner, Moos Professor of Limnology at the University of Minnesota who also worked with Gardner as a postdoctoral fellow. “The other important thing I learned from Wayne is the value of ‘plodding’. When I worked with him, and I suspect he will be this way until the day he dies, he would come into work every day, work in the lab in the morning—usually injecting a boatload of samples into his N-15-o-meter and then spend the afternoon doing administrative stuff and writing papers. Every day…day after day, week after week, month after month…his disciplined approach to science on a day by day basis taught me to stress the things that really matter, data, insight and publishing,” Cotner reflected.

Last week, scientists paid tribute to Dr. Gardner as only scientists can, with stories brimming with numbers and equations, late night talks about nitrogen, and lots of parody about what a 1990s cult classic film and a classic professor have in common. 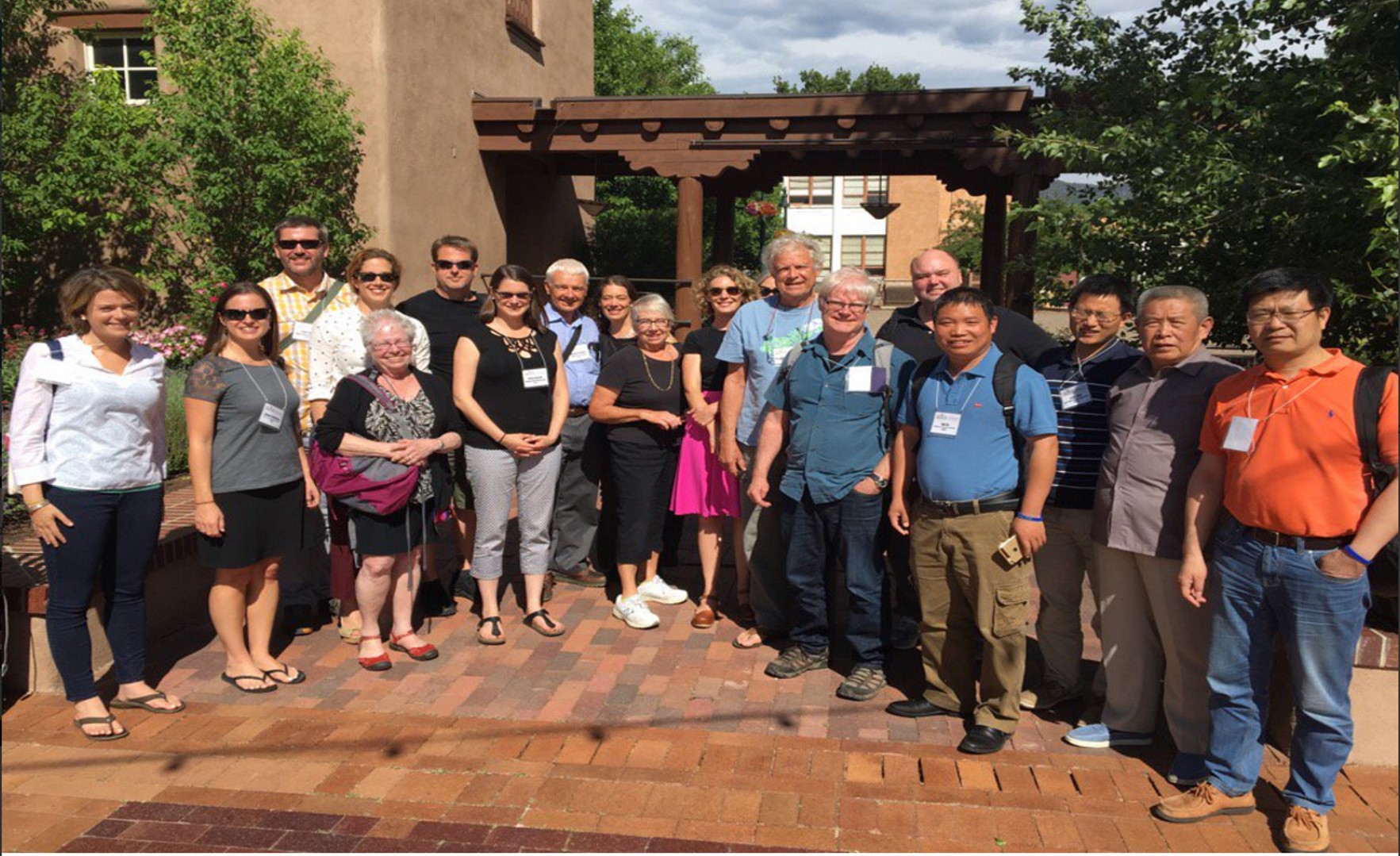 Colleagues from around the world attended a special session in honor of Dr. Wayne Gardner to commemorate his work in biogeochemistry. Photo credit: Craig Connolly, UTMSI.