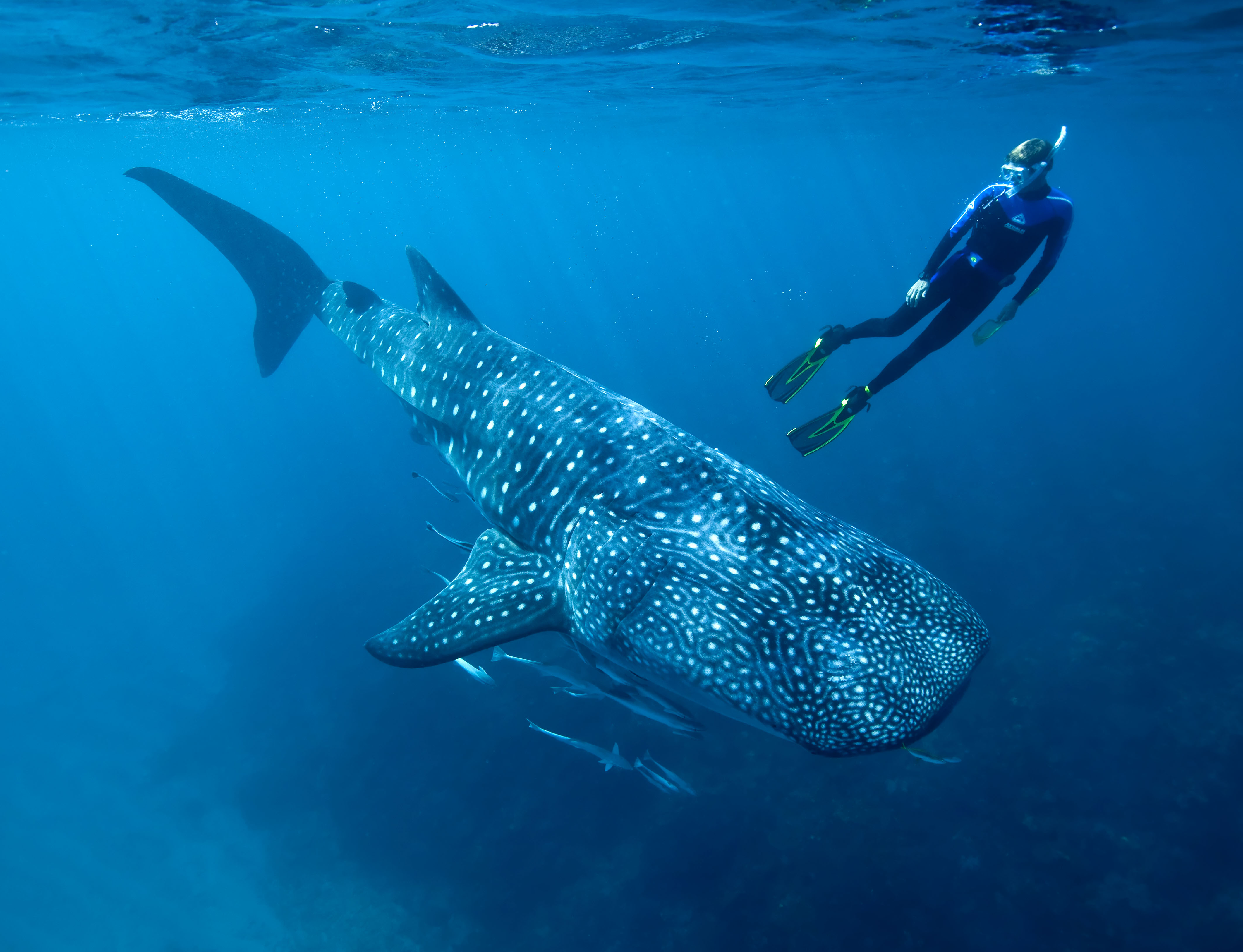 Whale sharks are the largest fish in the ocean. Their large size is both a challenge and virtue when it comes to eating. Researcher have unraveled strategies that the sharks use to conserve energy. Credit: Wayne Osborne.Whale sharks, the world’s largest fish, would seem to have a problem. They are adapted to warm water and their enormous body requires a large amount of energy, yet they feed on plankton that are a tiny fraction of their size and contain relatively little energy. So, these giants must eat a lot of plankton. But the plankton don’t make it easy; they descend in great swarms to the cold depths of the ocean during the daytime, forcing whale sharks to feed in the cold deeper waters and risking a serious drop in body temperature.

Scientists are unraveling the strategies that whale sharks use to manage their energy needs while staying warm. Researchers at the Australian Institute of Marine Science, the University of Texas Marine Science Institute, and Texas A&M University Galveston found the answers in the shark’s feeding behavior and its unusual anatomy. They attached state-of-the-art technology to whale sharks at Ningaloo Reef in Western Australia to record their fine-scale movements, and attached satellite tags at Christmas Island in the Indian Ocean to record their longer movements in deeper waters. The researchers discovered that the whale sharks save energy while feeding by using long downward glides followed by shorter, steeper returns to the surface, where they bask in the warm water before gliding downward again. This gliding allows them to feed using virtually no energy for motion.

The sharks are able to retain the heat they accumulate at the surface because of the thermal inertia provided by their enormous size. The scientists postulate that when the sharks are deep, their blood cools when cold water flows across their gills but is prevented from cooling their muscles and internal organs by the unusual anatomy. The majority of blood-rich tissue is isolated along the upper part of the body, allowing heat to be retained near the core where the important organs are. Conservation of heat and energy while diving for food in colder waters appears to be the key to survival for these massive animals.

The study was released in the journal, Frontiers in Marine Science, this week. 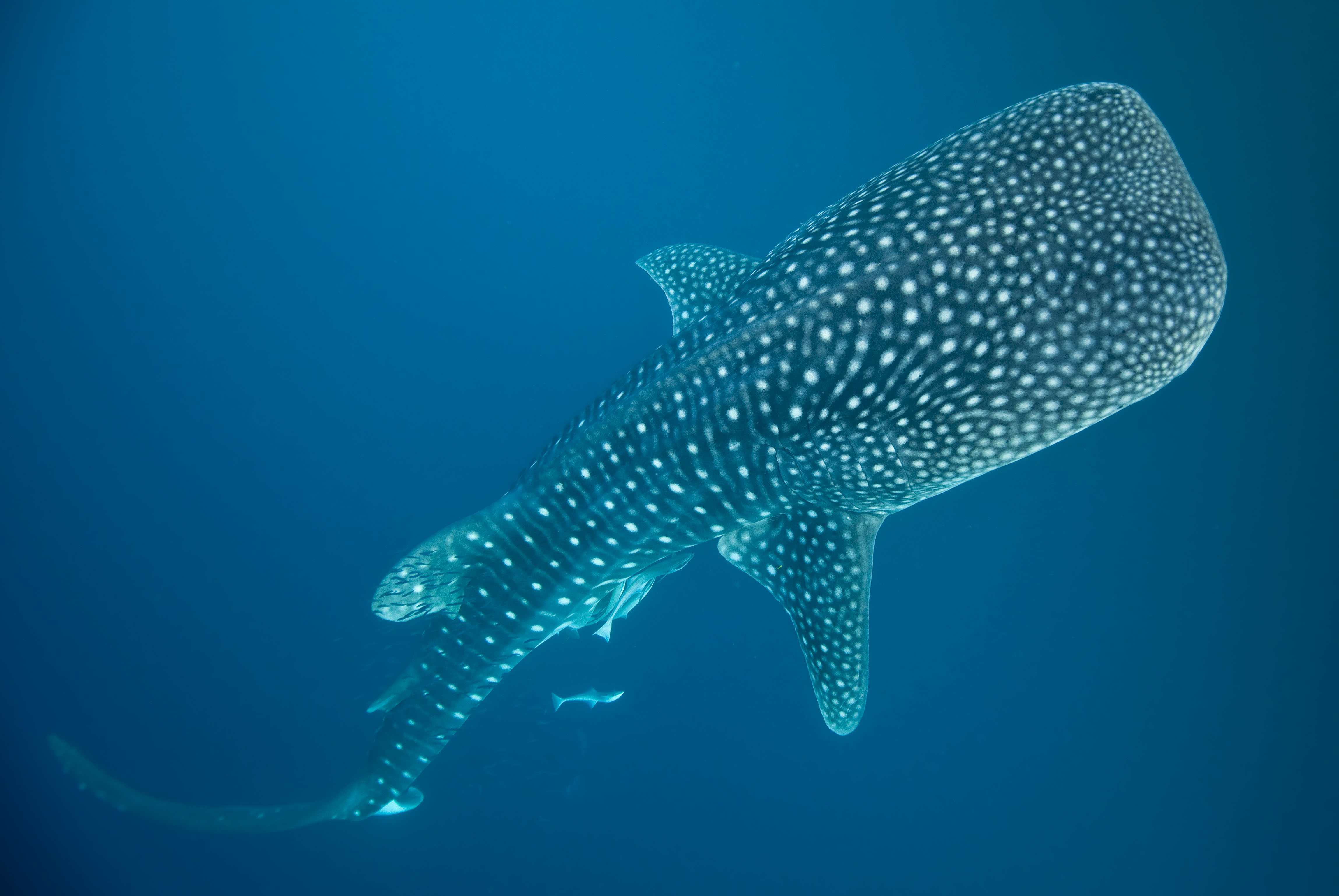 A new study proves that whale sharks save energy while feeding by using long downward glides followed by shorter, steeper returns to the surface, where they bask in the warm water before gliding downward again. This gliding allows them to feed using virtually no energy for motion. Credit: Wayne Osborne.