When First is Not to Win 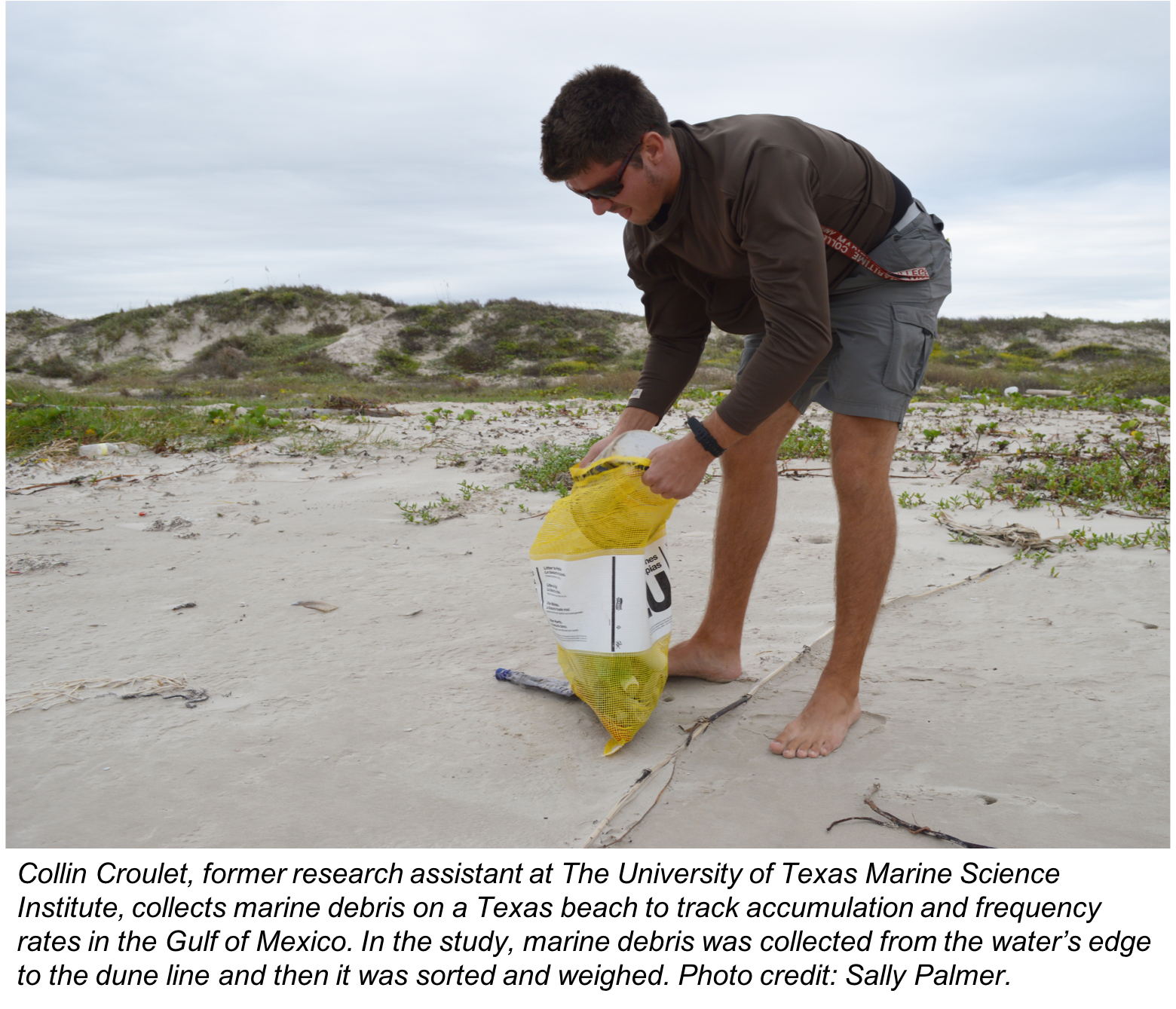 Texas leads Gulf of Mexico states in beach pollution. A recent study documents that Texas shorelines, specifically those in the Coastal Bend region, accumulate 10 times more trash than those in the north central Gulf states of Alabama, Mississippi, and Florida.

The research, published in Marine Pollution Bulletin, is the most extensive to-date and represents two years of monthly sampling using standardized protocols designed to test for seasonal trends. “Trash accumulation on the beaches at our Texas sites peaked in the spring with the highest accumulation rates in March with as much as 11 new items per three feet each month,” said co-author and Mission-Aransas Reserve Stewardship Coordinator Katie Swanson.

The authors suggest that the primary reason for such high rates in Texas, especially in spring, are due to increases in recreational and maritime activities during the spring months combined with currents and river flows. “March is the month with the highest rates and it’s also when our winds and currents switch from offshore to onshore,” said Swanson. Authors cite currents as the biggest driver of pollution to Texas beaches, with the presence of international trash found on the beaches from as far away as South America and the Atlantic Ocean.

While the results from this study may be disheartening to Texans who love their coast, the authors point to potential solutions with suggestions of targeted clean-ups in spring to maximize cost benefits. In addition, 93% of the trash was made of plastic. The authors also suggest that reduction of plastic use and increased recycling programs would benefit the region.