Why Nitrogen can be Noxious for a Lake’s Health 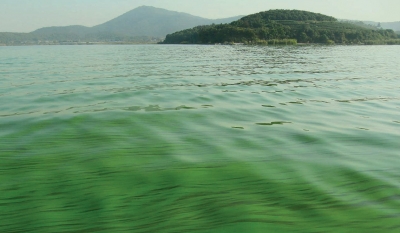 Scientists at the University of Texas Marine Science Institute (UTMSI), with collaborators from the Universities of North Carolina and Tennessee, just published a Letter to the journal Science telling readers why nitrogen inputs to lakes deserve more attention relative to Harmful Algal Blooms (HABs), which reduce recreation in shallow lakes and can cause toxicity in drinking water.  This issue, highlighted recently in Lakes Erie and Taihu (China), and numerous other nutrient-rich shallow lakes, is a global problem. Typically management and research efforts in freshwater lakes and rivers have focused on considering phosphorus inputs, from sewage and fertilizers, as the main culprit for causing HABs. However, reducing phosphorus inputs alone often does not solve the problem and HAB cyanobacteria often dominate lake systems despite control of phosphorus inputs.  Both nitrogen and phosphorus levels should be controlled in freshwater management efforts to reduce the large environmental and economic costs of HABs.

Read the full letter to Science at Science-2014-Paerl-175.pdf